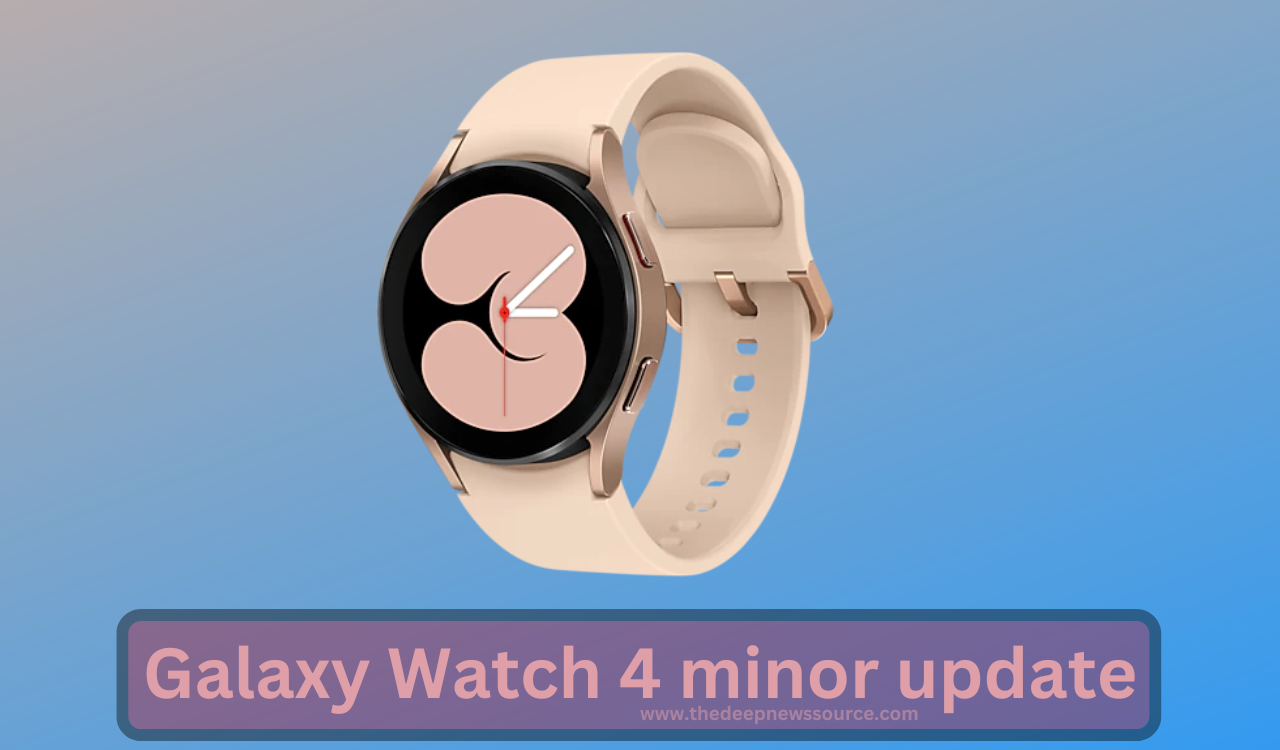 Samsung has just released the One UI 5.0 beta 4 update for the Galaxy S22 series, which is based on Android 13. The fourth edition of this version is now available for users in the United States and Germany, while the rest of the regions will receive the same. Following the release of this beta update, Samsung is now focusing on its Galaxy Watch 4, and wristwatch users got the October 2022 update with minor changes.

According to official information, Samsung has begun rolling out a new stability update for the Galaxy Watch 4 Bluetooth model, which is currently available in South Korea and will be available in other countries in the near future. This update only brings new stabilization codes to users, but it is necessary and should be installed as soon as you receive the notification.

The latest update for the Galaxy Watch 4 users has the build number R870XXU1GVI3/R870OXM1GVI3 and a 185MB installation size. In terms of changes, the new stability code has arrived on your smartwatch to improve your experience. The changelog and additional information are available below. 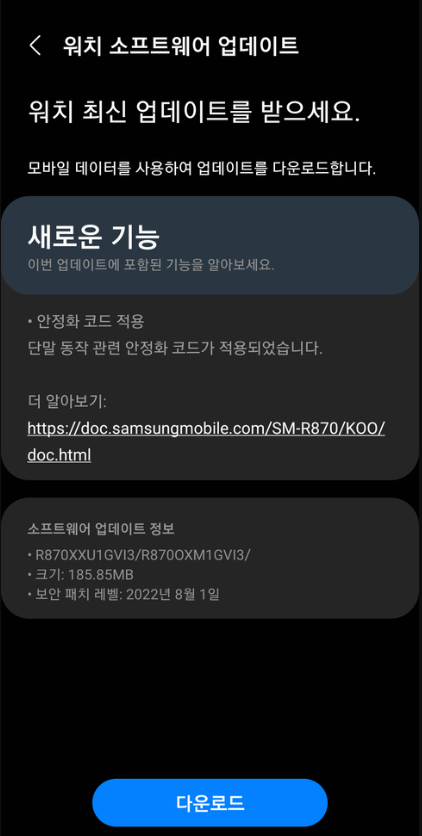 Note: Because this update is being rolled out in stages, it may take a while for it to reach your device.

Do you own a Samsung Galaxy Watch 4 or a Watch 4 Classic? To install the latest version, simply launch the Galaxy Wearable app, navigate to the Software update area, and select ” Download & install “.

Galaxy S22 One UI 5.0 beta 4 update is now available in these countries

The Samsung Galaxy S23 series is almost ready for release, and model details have been steadily leaked. According to the latest reports, the Galaxy S23 Ultra smartphone will undoubtedly include a 200MP camera sensor that will work with the new generation Snapdragon 8 Gen 2 chipset.

The Galaxy S23 is a highly anticipated flagship series that will be released by Samsung at the start of the next year. The South Korean tech giant will continue on its previous path, releasing three models: the Galaxy S23, S23+, and S23 Ultra. The S23 Ultra is the premium model of this series.

According to the well-known Twitter tipster @UniverseIce, the Galaxy S23 series could be launched with a superior camera feature that supports a 200MP primary camera sensor which is the main highlight of the device, a 50MP secondary camera sensor, and a 12MP camera sensor to take image quality to the next level.

Furthermore, it has been revealed that Samsung has developed two 200MP camera sensors, namely the Samsung ISOCELL HP1 and ISOCELL HP3. According to the report, Motorola has formed a partnership with Samsung to launch the X30 Pro and Edge 30 Ultra with Samsung’s ISOCELL HP1 sensor. As a result, we anticipate that the Galaxy S23 Ultra will include the ISOCELL HP3.

According to previously leaked information, Samsung has made no significant changes to the upcoming Galaxy S23 series. We’ll see the previous generation lineup, which may have a similar design. The body structure of the models is very similar to the S22 series, with only minor differences, and the device borders are very thin in comparison to the S22 series.

The whole screen design of the Galaxy S23 series will use a hyperbolic screen solution with a very high screen ratio. The device supports a 200MP camera sensor, as well as the new generation Qualcomm Snapdragon 8 Gen 2 chipset, which improves device gaming performance, app performance, and image quality.

Once again the S Pen will be found at the bottom of the Galaxy S23 Ultra smartphone, with enhanced features over the previous generation S Pen. The device is also expected to be updated with the battery stage and to support the 45W fired charging system. 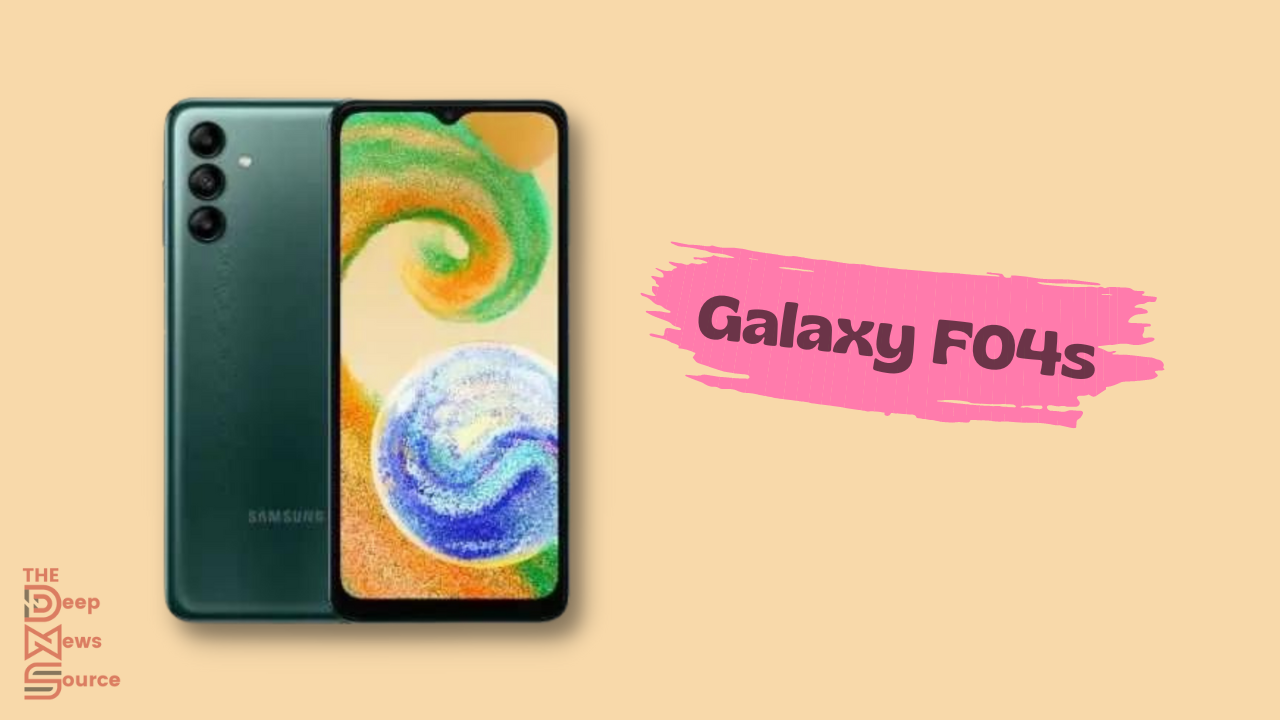 According to reports, Samsung may soon launch the mid-range F series smartphone Galaxy F04s soon. However, no one has much information available about it. Nor is the release date unknown. But the device has appeared on the BIS certification website. According to the BIS website, the model number of the Samsung Galaxy F04s is SM-E045F/DS. From the information on the Wi-Fi Alliance website, the machine supports 2.4GHz single-band Wi-Fi.

Samsung will soon release the new firmware for the Galaxy Watch 4, which will fix numerous issues 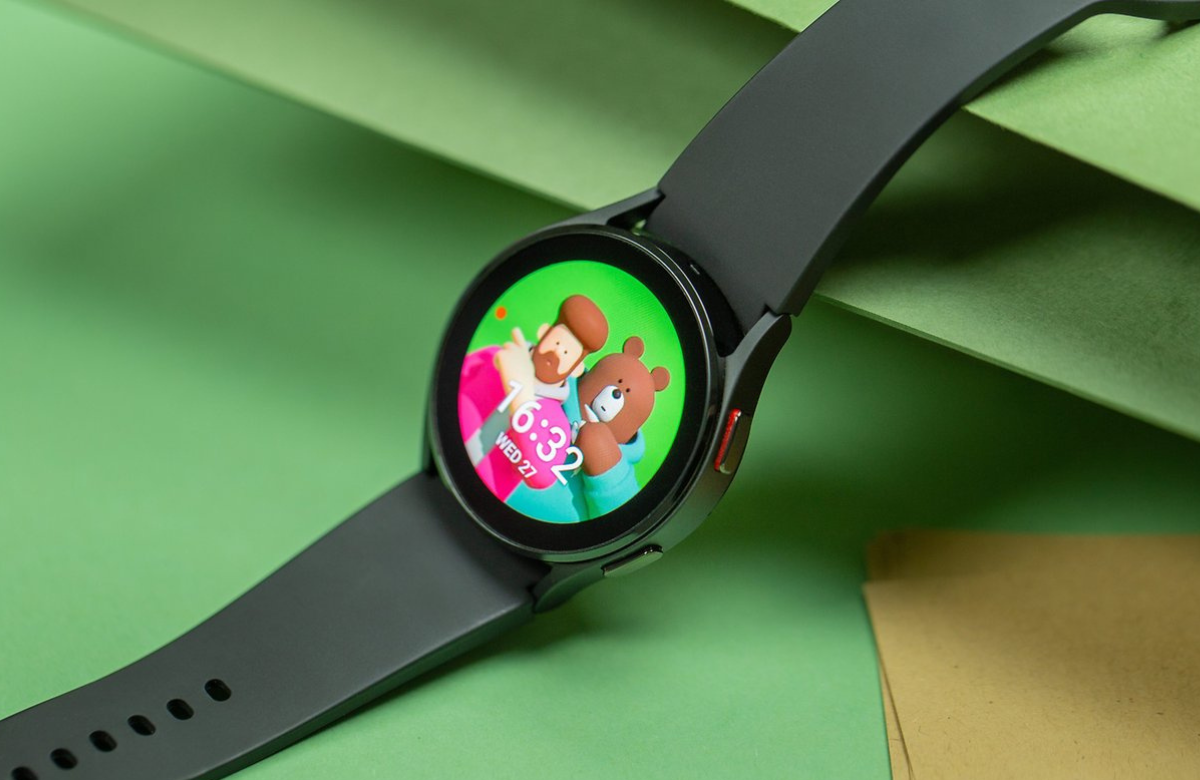 Samsung has released a new update with the build number R8xxXXU1GVI3 for the Galaxy Watch 4 and Galaxy Watch 4 Classic. Both smartwatch users reported that the update was unusable after installing it and that it arrived with some issues. Users are also experiencing watch start issues with this version, and there is no option to reboot.

Some users have experienced a battery warning, and the watch has displayed that you must plug in your smartwatch to start the watch. So, it is an unusual update for wristwatch users that has caused a slew of issues. Well, not all users are experiencing these issues, but they have occurred in some countries.

Galaxy Watch 4 next update will be the improvement:

The update is available for all users, but the issue does not appear for everyone. The latest update has arrived with these problems in UAE, Netherlands, and more countries, that’s why Samsung has stopped the rollout. The company is currently getting ready to deploy the updated software for the Galaxy Watch 4 series, but no one is aware of an exact release date.

We hope that Samsung addresses all of these issues and fixes them as soon as possible with the new OTA. If you own a Galaxy Watch 4 and your smartwatch is running the above-mentioned build, be aware that the next update is on its way, and keep in mind you do not turn off your smartwatch.

“We are aware that a limited number of Galaxy Watch 4 series models are not turning on following a recent software (VI3) update,” a Samsung spokesperson said. We have paused the update and will soon release new software. We advise customers who have encountered this problem with their Galaxy Watch 4 series to visit their nearest Samsung service center.”

Keep in mind with the Galaxy Watch 4 build R8xxXXU1GVI3: