The HM OS 3.0 feature is currently in beta testing, so it is only available to a select group of users. However, through the update’s registration process, users of the aforementioned devices can take advantage of these features before the official release. Below you can check the further details.

These Huawei devices have got the HarmonyOS 3.0 beta update: 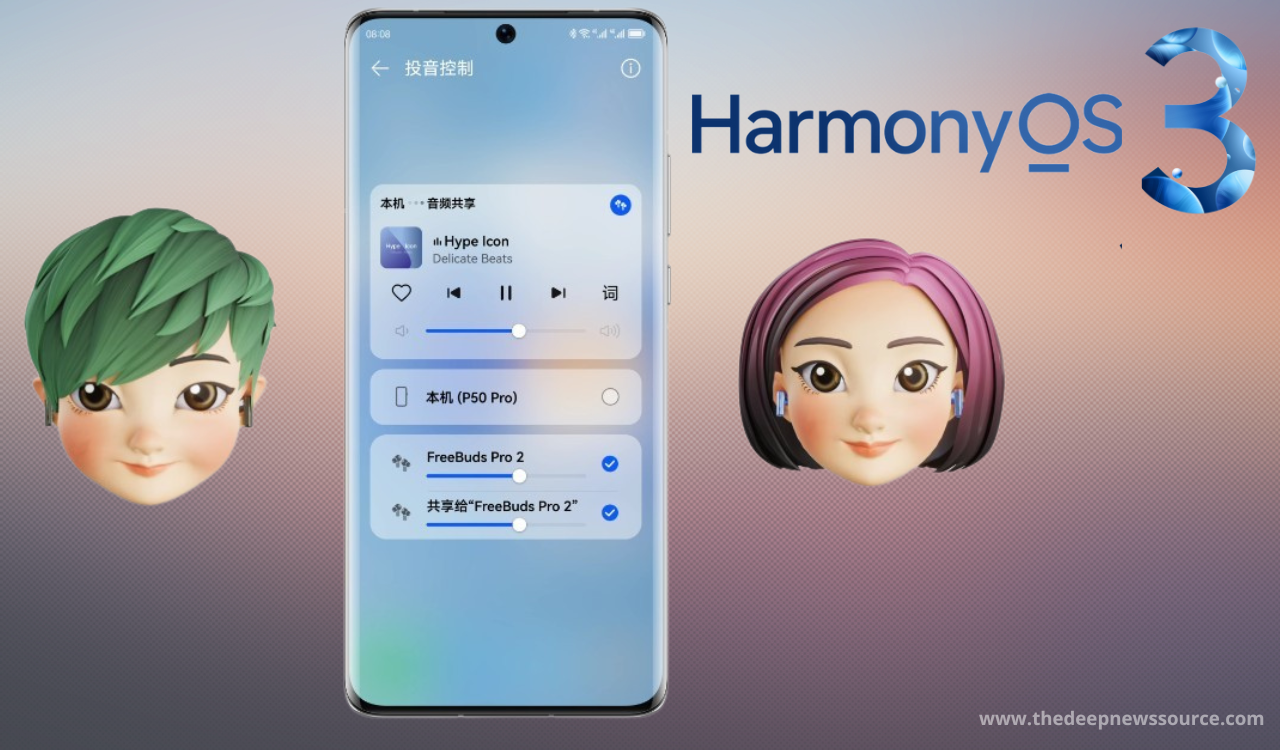 Top Huawei devices like the Huawei P50 series, Huawei Mate 40 series, and Huawei Watch 3 series have already received the HarmonyOS 3.0 beta update. The company has now applied this significant update to its eligible devices. The new user interface, smart folder feature, improved security, and many other features are now available to these five devices as well. 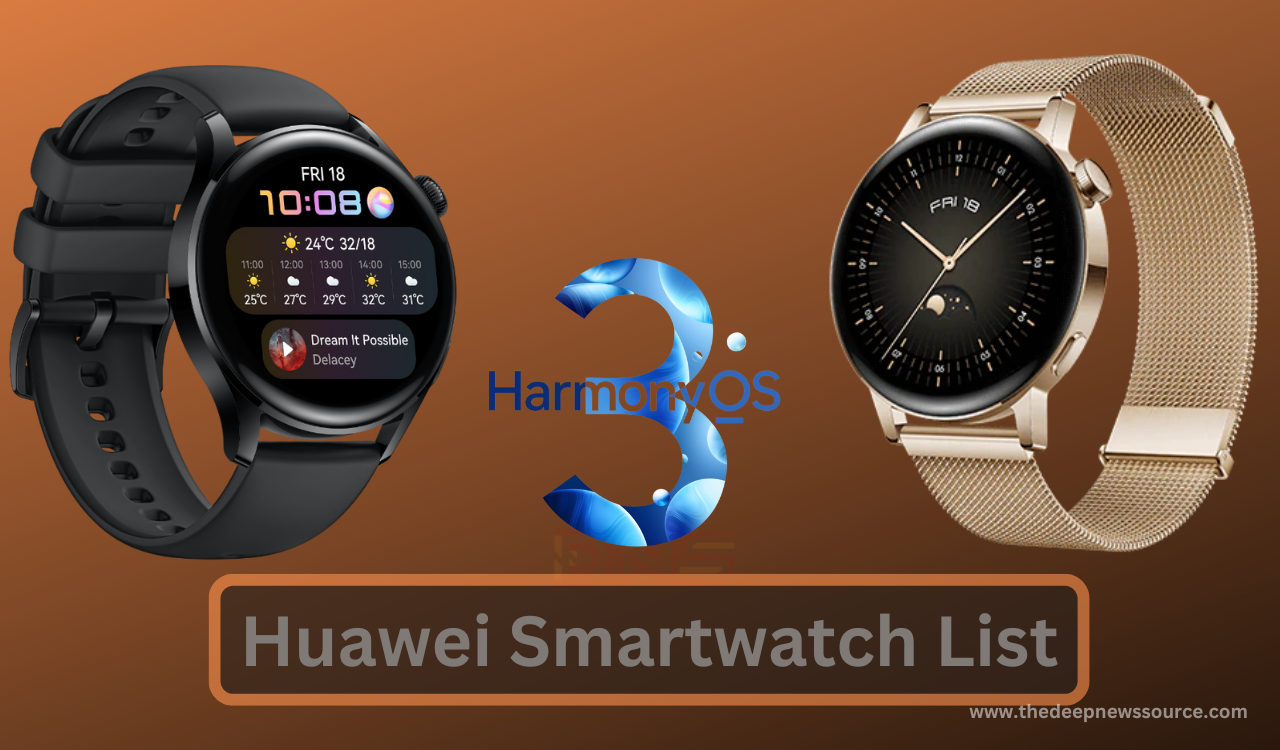 Huawei officially launched its HarmonyOS 3.0 operating system in July 2022. The company sent beta updates of this system to eligible smartphones and smartwatches shortly after its release. The question now is which Huawei smartwatches will receive this update, so here is a list of smartwatches that are compatible with HarmonyOS 3.0.

These Huawei smartwatches will get the HarmonyOS 3.0 update:

In addition, Huawei has released the HarmonyOS 3.0 beta program for the Huawei Watch 3 and Huawei Watch 3 Pro in the global market. As a result, when the update for Chinese users is released, the global units of Huawei smartwatches will also receive these features. Let’s take a look at the full list of HarmonyOS 3.0 features that will be available on your smartwatches.

Following the release of the Huawei Watch GT 3 series WeChat Edtion, the Chinese tech giant Huawei has begun to distribute the WeChat update to Huawei Watch 3 and Huawei Watch 3 Pro users. The most recent update is based on the HarmonyOS 3.0 update, and it introduces new features for wristwatch users that they will undoubtedly enjoy.

For your information, the WeChat features for users of the Huawei Watch 3 series have a version number of 3.0.0.130 (C00E130R1P130) and an installation size of 256MB. So, first, update your smartwatch with the mentioned build number, and then you will be able to enjoy all of the features that you have received.

As a reminder, the company already released the HM OS 3.0 feature for the Huawei Watch 3 series, so they have received these features with the new operating system. In China, the Huawei Watch GT 3 all models have received these features with the HarmonyOS 2.1 operating system. That indicates that the WeChat Edition and HarmonyOS 2.0 are both compatible.

To use these features, install the HarmonyOS 3.0.0.130 update on your Huawei Watch 3 series, and you’ll be able to see voice and text information on your wrist. WeChat also displays reminders for voice and video calls. Users can respond to messages via text and voice on the WeChat app without having to take out their smartphones.

Finally, Huawei Watch 3 and Watch 3 Pro users can send money using WeChat Pay, which is supported everywhere. WeChat Pay will offer you to pay with your wrist when you arrive at a mall, airport, or other location.

To use these features on your Huawei Watch 3 series, keep in mind that the connected smartphone must support the HarmonyOS 2.0 operating system or higher. These features are available to Android users running Android 9.0 and higher.

The Huawei Watch 3 WeChat Edition feature is not yet available for iPhone users. On the other hand, you can update the WeChat app on your smartphone to version 8.0.24 or above.

Also, the WeChat features for the Huawei Watch 3 series are currently in testing, so they are not available to all users, but the company will publish the stable rollout for the Watch 3 series in the near future. 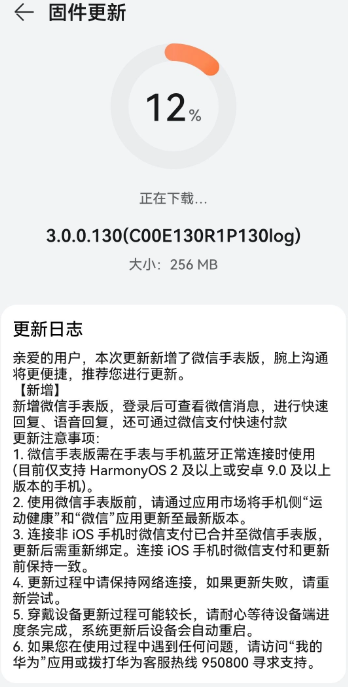 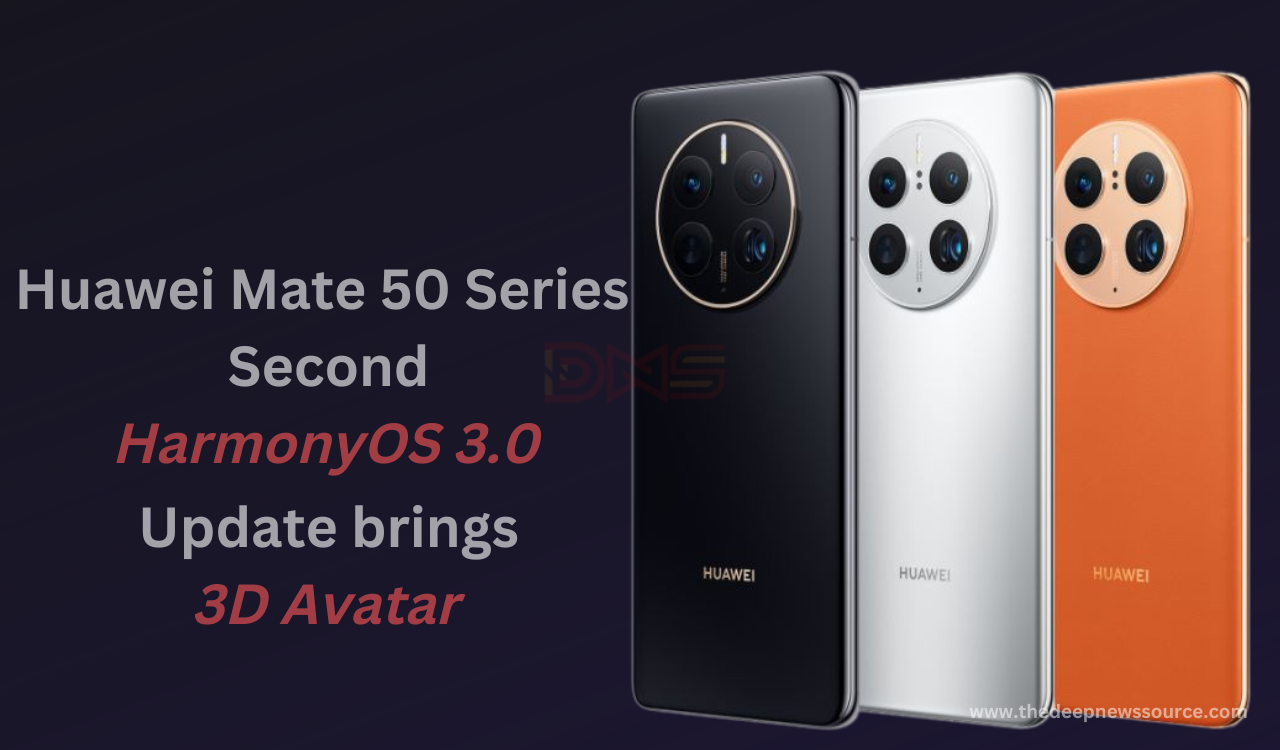 This is the second software update for the Huawei Mate 50 series based on HarmonyOS 3.0 stable system. The latest software update comes with the new version number 3.0.0.137 (C00E130R5P4) and the installation size is 848MB. To enjoy the new features and better system performance you should install this latest version on your devices.

As we all know, the Huawei Mate 50 series gained popularity after its initial sales in China, where it sold out in less than a second. As a result, the device does not require new features, but the company has polished all models with some new tweaks. So, let’s take a look at the new features, enhancements, and changelog listed below.

The latest firmware update for the Huawei Mate 50 series improves camera features such as shooting effects, camera focus, and other things to provide clearer photographs. Furthermore, the update adds new 3D avatar emojis for users, which you can use on your device and send to your family members.

This version, on the other hand, optimizes the senior mode, which is very useful for older people. When you enable senior mode on your Mate 50 series, the app icons and text automatically increase in size, making them easier to read and use for the elderly.

What the initial Huawei Mate 50 series update brought you: