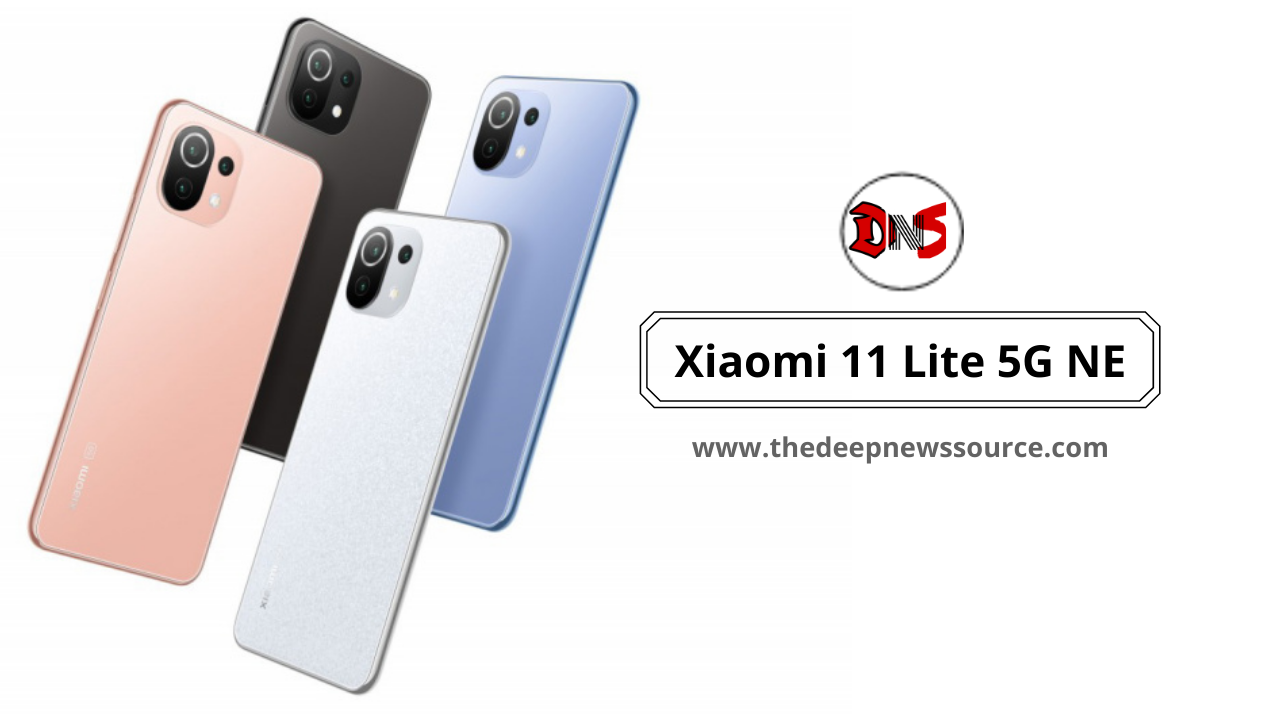 Xiaomi recently released two flagship phones overseas, Xiaomi 11T/Pro, and the other mid-range model Xiaomi 11 Lite 5G NE is scheduled to be released in India on September 29. This phone looks similar to the Xiaomi Mi 11 Youth Edition and is expected to be equipped with Qualcomm Snapdragon 778G SoC. According to foreign media GSMArena news, a whistleblower @Gadgetsdata announced the price of this phone on Twitter. 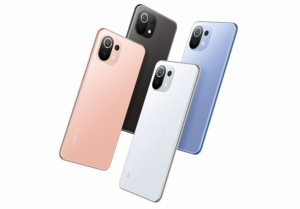 The entry-level of the phone has 6GB+128GB storage and is priced at 21999 Indian rupees, which is about 1930 yuan. The phone will also be available in 8+128GB and 8+256GB versions in four colors. The whistleblower also said that the phone will be released first in three colors, and another color will follow. 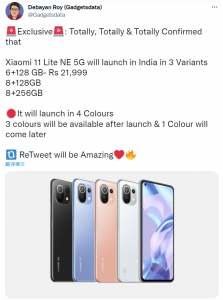 Team DNS previously reported that according to what has been revealed, the Xiaomi 11 Lite 5G NE mobile phone will have a 6.55-inch AMOLED direct screen, a refresh rate of 90Hz, and a built-in 4250mAh battery. The phone is equipped with a 64-megapixel main camera, ultra-wide-angle and telephoto lens, and supports 33W fast charging.

Currently, the Xiaomi 11 Youth Edition National Bank equipped with the Snapdragon 780G processor starts at 1999 yuan and has a storage capacity of 8GB+128GB or 8GB+256GB. The specific parameters and price of the mobile phone still need to wait for the overseas press conference to be announced.