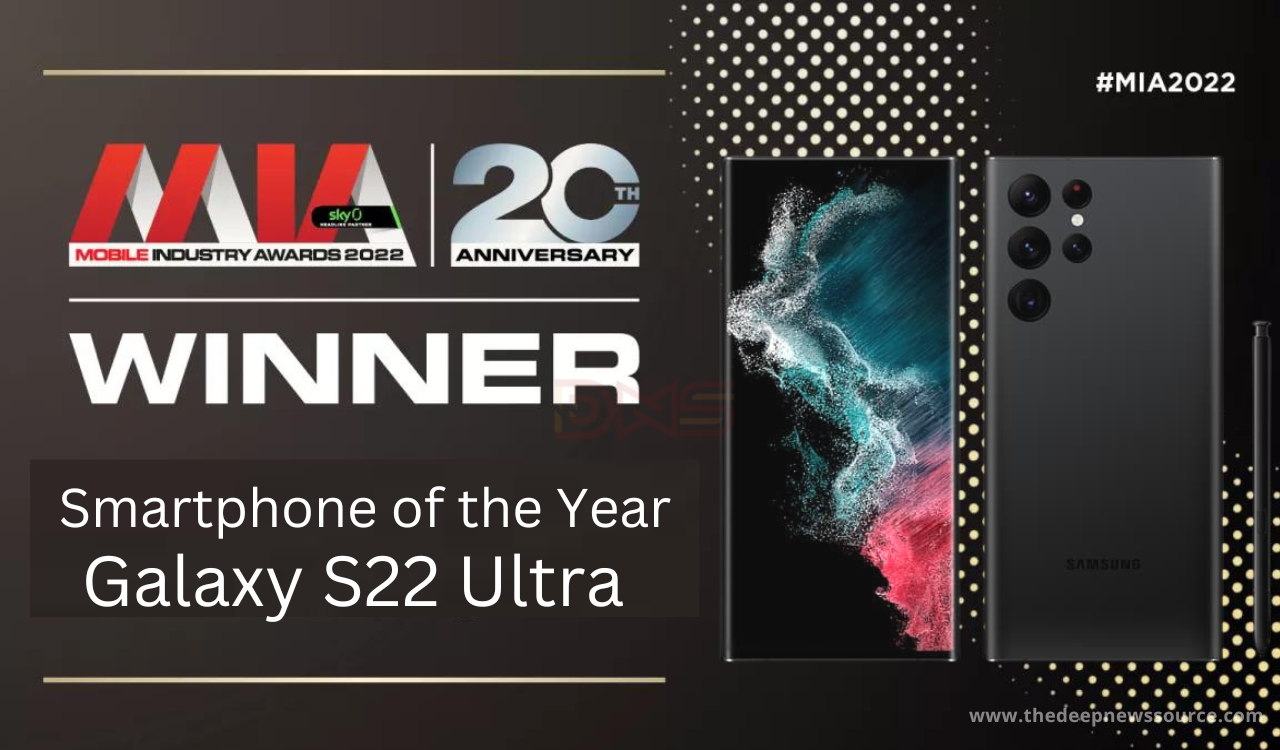 Samsung launched its Galaxy S22 lineup at the start of the year, introducing three models: the Galaxy S22, S22+, and S22 Ultra. The premium model of the series was the S22 Ultra, which featured a unique design, amazing features, and was the first Samsung smartphone to include the S pen. Now the Galaxy S22 Ultra has won the award for best smartphone of the year, which is fantastic news for its users.

The Mobile Industry Award was presented in London on September 22, 2022, and Samsung was named the best smartphone manufacturer, defeating Motorola and OPPO in the process. However, the Galaxy S22 Ultra has triumphed over all other smartphones that were released this year to claim the title of the best smartphone of the year.

Why Samsung has won this Award:

Samsung won the title of “Smartphone Manufacturer of the Year” due to its wide selection of devices for both business and non-business customers, as well as its track record of superior customer service and support. Furthermore, Samsung has made a concerted effort to present its smartphones in the mid and high-end segments to all users.

The device’s performance is always excellent, and the system update is pretty good. As we all know, Samsung has always been at the forefront of system updates. Whether the update is based on new features or a security version, the company has made every effort to provide excellent results. 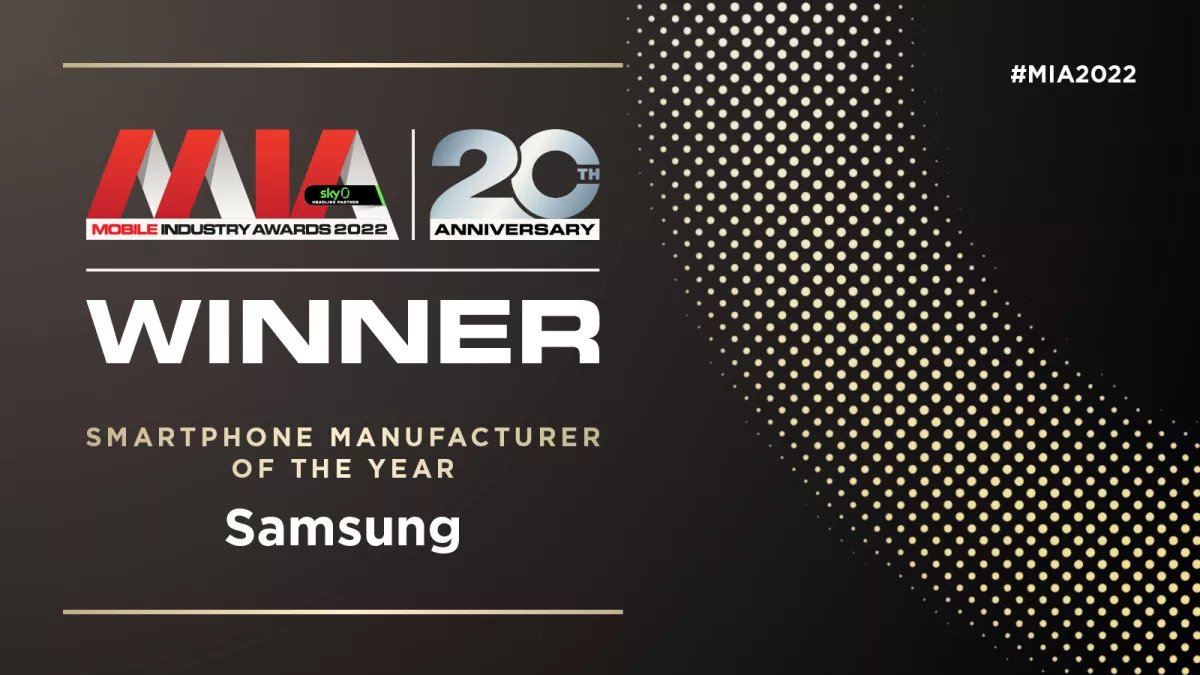 The Galaxy S22 Ultra outperforms all other smartphones:

The Galaxy S22 Ultra has won the best smartphone of the year award at the Mobile Industry Awards 2022 because it satisfied a number of requirements. The best phone needs to have great specs and features that appeal to a wide range of customers in addition to having a good appearance.

It’s important to note that the judges’ panel considered mobile devices that were available for purchase between October 1, 2021, and July 30, 2022. The iPhone 13, the Google Pixel 6, the Motorola Edge 20 Pro, the OnePlus 10 Pro, the Oppo Find X5 Pro, the Realme GT 2, the Sony Xperia 1 IV, and the Xiaomi Mi 11 were among the 10 finalists before the Galaxy S22 Ultra was chosen.

OnePlus Buds Pro 2 will launch soon, Specifications and features have surfaced on the internet 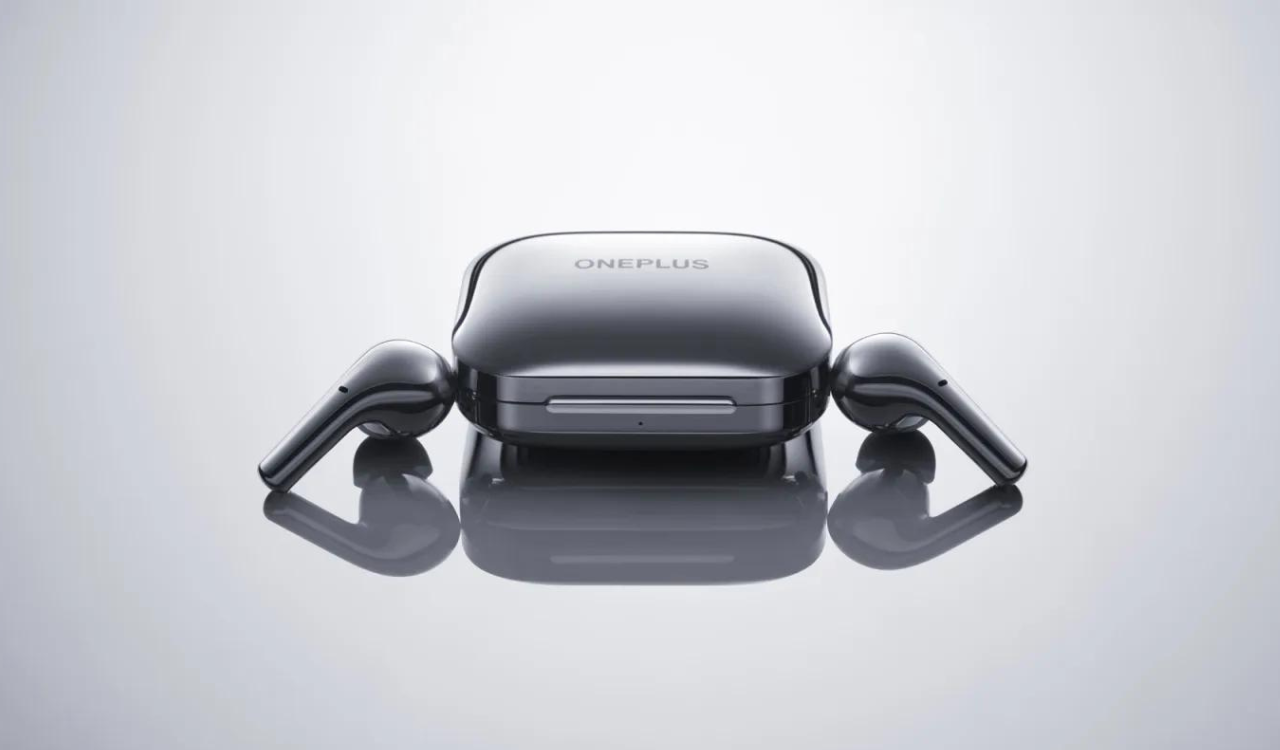 According to the latest information from @OnLeaks, these earbuds will be launched soon and in addition to white and matte black, the new product will be available in a new color, probability in a green range.

The OnePlus Buds Pro 2 lasts about 6 hours with ANC active noise cancellation turned on, and 22 hours with the charging case. Battery life is 9 hours with ANC turned off and 38 hours of continuous use. 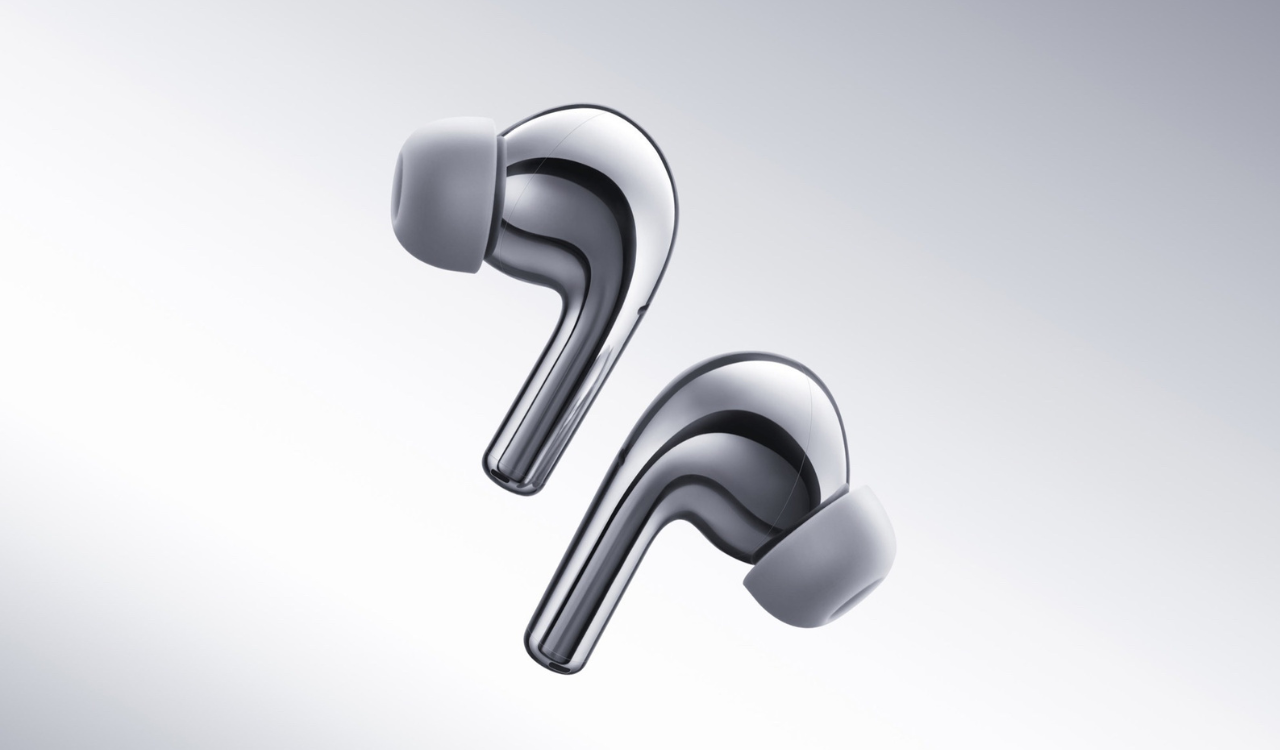 For the more latest news, you can follow us! 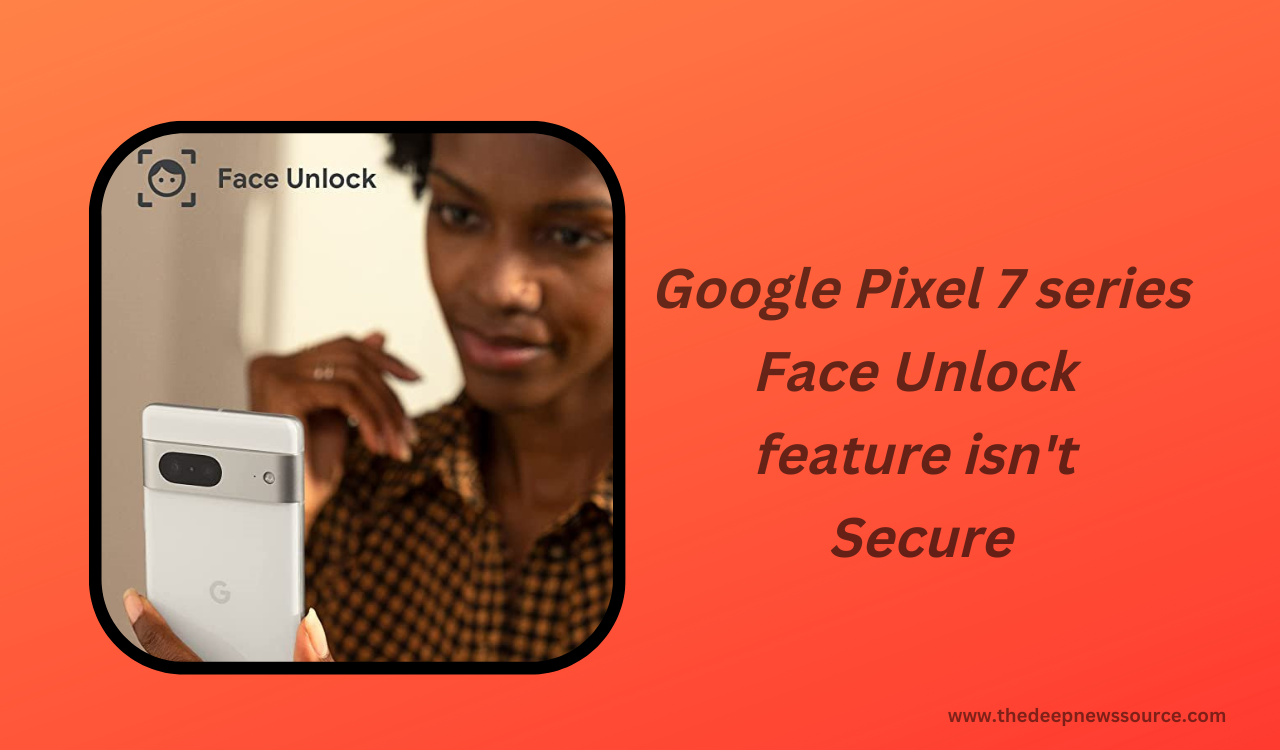 The Google Pixel 7 series has finally been released, and pre-orders have begun, followed by extensive research by the outside world on a plethora of new features of the new device. Face Unlock is a feature that many Pixel users have been waiting for, and it is now available on the Pixel 7 series. The feature, however, does not appear to be as comprehensive as some would like.

Blogger Andreas Proschofsky pointed out that the Google Pixel 7 and 7 Pro’s face unlock feature can only be used to unlock the phone. This means it cannot be used for other types of authentication, such as mobile payments or password managers.

According to Proschofsky, Google classified the feature as Type 1 biometrics, which means it isn’t for security, but rather for “convenience.” Google also confirmed this to Android Police, stating that the feature can only be used to unlock phones.

Face Unlock on the Pixel 7 series can only be used for unlocking the device, not for payments/Biometric Prompt, according to Google via @suka_hiroaki.https://t.co/OE5wn19iOh https://t.co/GniR45ewKY

While Google touted its machine-learning capabilities when introducing the Pixel 7’s Face Unlock, it’s reasonable for the company to limit the feature. Because the phone doesn’t have the necessary hardware to provide secure facial recognition capabilities, it’s quite possible to fool the facial recognition system without specialized hardware.

We discovered that the Pixel 7 and 7 Pro support the fingerprint function beneath the screen. If you are concerned about security, you should avoid using the face unlock feature. 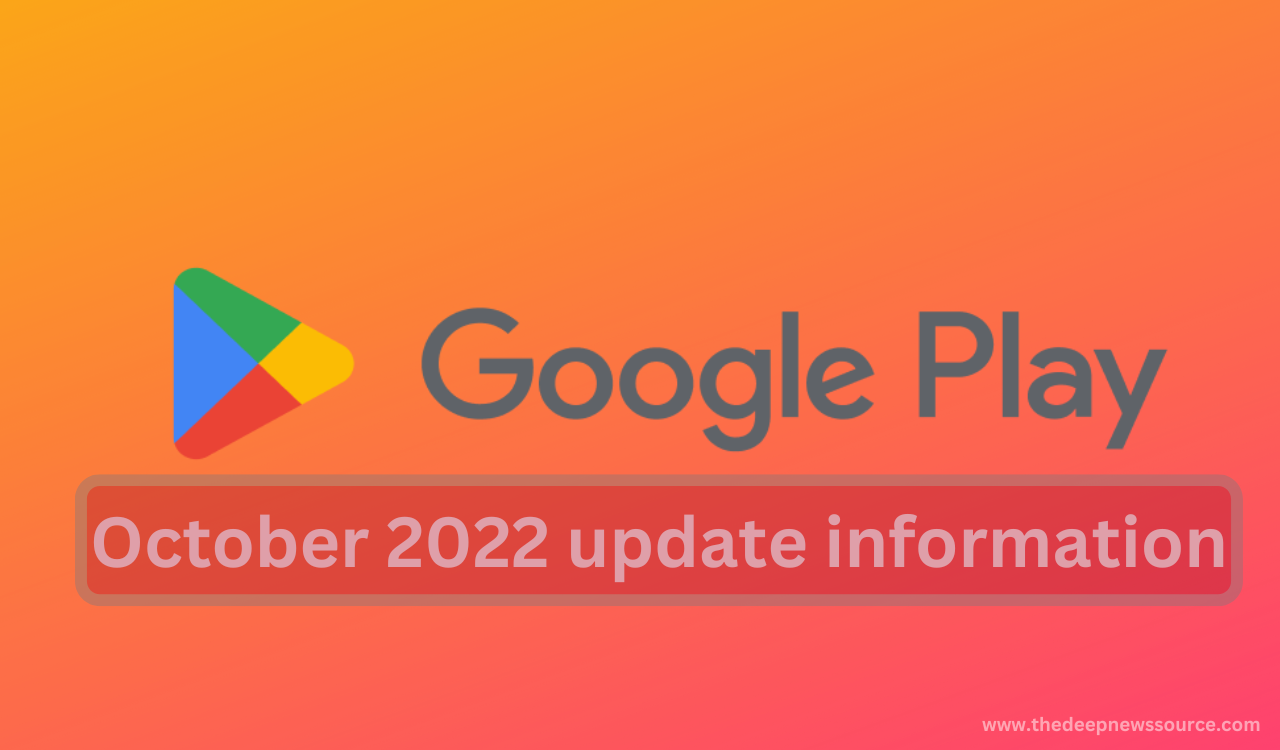 According to Google’s official site, the October 2022 patch update for the Play Store has arrived with useful changes and optimization. Also, the best part of the update is it fixes critical issues on Android TV. The update also brings better system optimization for Android users. You can check the full changelog by scrolling down.

Users should be aware that changes to Android TV will occur with the release of Google Play services v40.22. In the meantime, other features and improvements will be delivered to your device via the Google Play Store v32.5 build.

As you may be aware, Google, as well as the Google Play Store and Google Play Services, provide such Android operating system updates. These are not product-specific updates but are available for a wide range of devices, including phones, tablets, Android TV and Google TV devices, vehicles with Android Auto, wearables with Wear OS, and computers and tablets with Chrome OS. 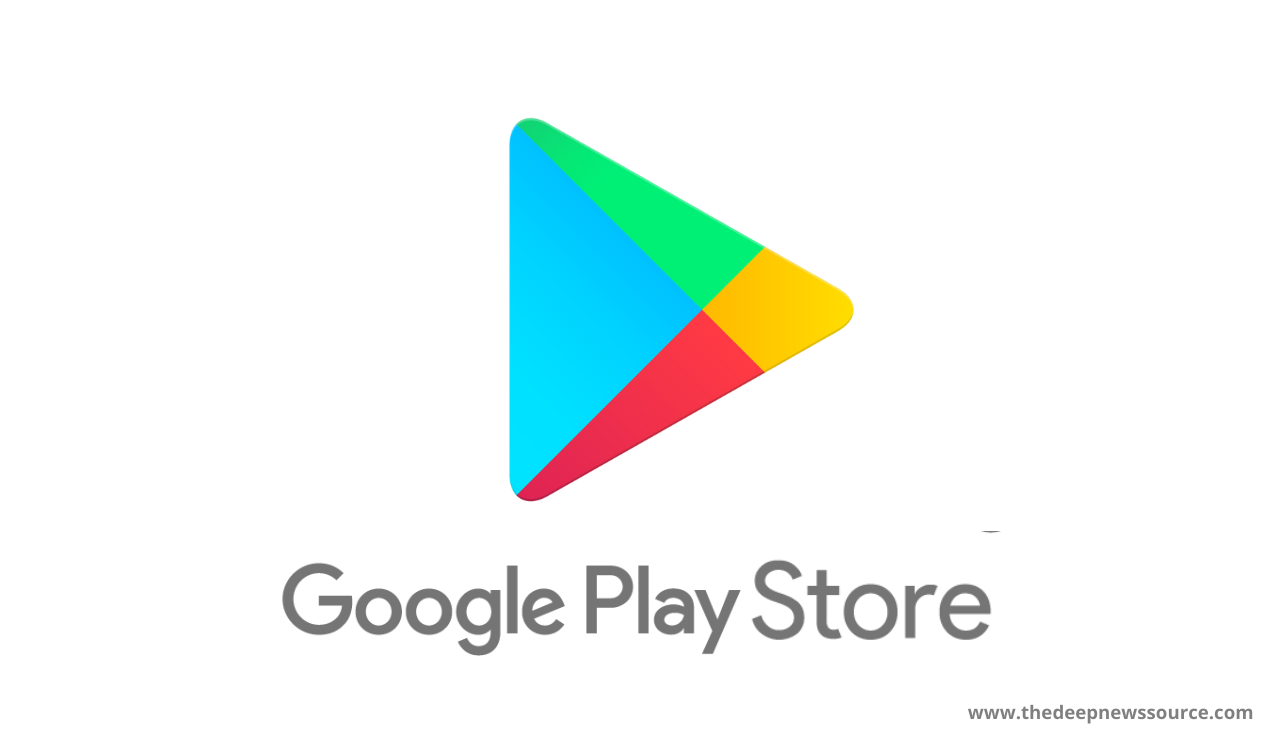 You may take advantage of these features with the build number:

How to install Google system updates:

Google system updates are installed automatically by default on all affected products. Each user can modify their settings by entering:

Deactivation, however, does not prevent system updates from sources other than Google. It does not, for example, prevent device manufacturers or telephone service providers from receiving app updates from the Play Store. Furthermore, if serious security issues or legal obligations require it, the Mountain View behemoth can update system services even when automatic updates are disabled.