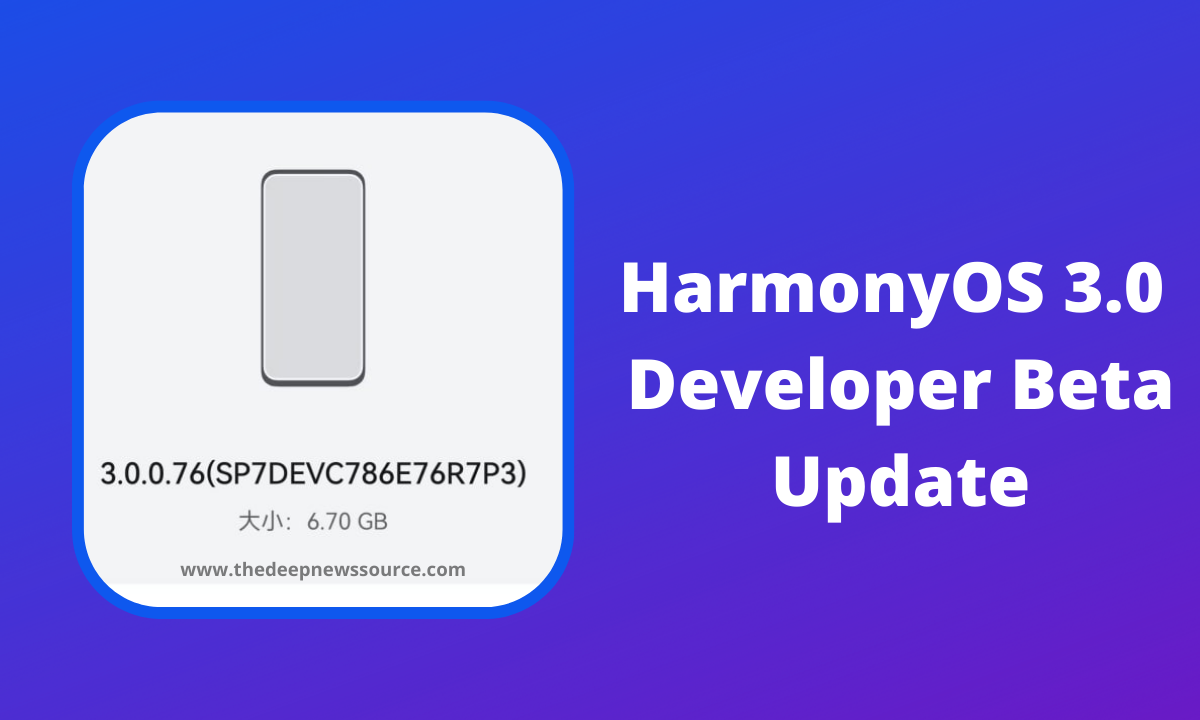 The HarmonyOS 3.0 update is rolling out with a new version 3.0.0.76 and it has a big update size of 6.70GB, according to the build details. The size of this update makes it obvious that there are many new modifications that haven’t yet been disclosed by the corporation.

Well, HarmonyOS 3.0 developer beta promised to maintain the use cases of a full scenario smart user experience and bring you extensive enhancements in interface design, cross-device connection, and speed boost to enhance the user experience. A second update package with a different set of enhancements, however, might exist.

The company has released all the information regarding HarmonyOS 3.0 for Huawei devices via email, and there have been numerous notifications, which you can read about below.

1. You must ensure that your device is running the most recent version of HarmonyOS 2.0 in order to receive the developer beta update for HarmonyOS 3.0 within one or two working days.

2. During the testing of the HarmonyOS 3.0 developer beta version, you can provide feedback via the “Feedback Assistant” APP if you have any queries or recommendations. Please refer to the FAQ for information on event registration for specific needs like baseline version, problem feedback, etc.

3. You might not get the version if the information you provided during registration is inaccurate. Please complete the survey if, after receiving the notice and two working days, you have not received the version.

4. For you, re-push the version (the feedback questionnaire for users who have not received the notification of approval after registration is invalid). We appreciate your continuing support of HarmonyOS and invite you to follow our official WeChat account, “HarmonyOS Developer,” for the most recent updates. 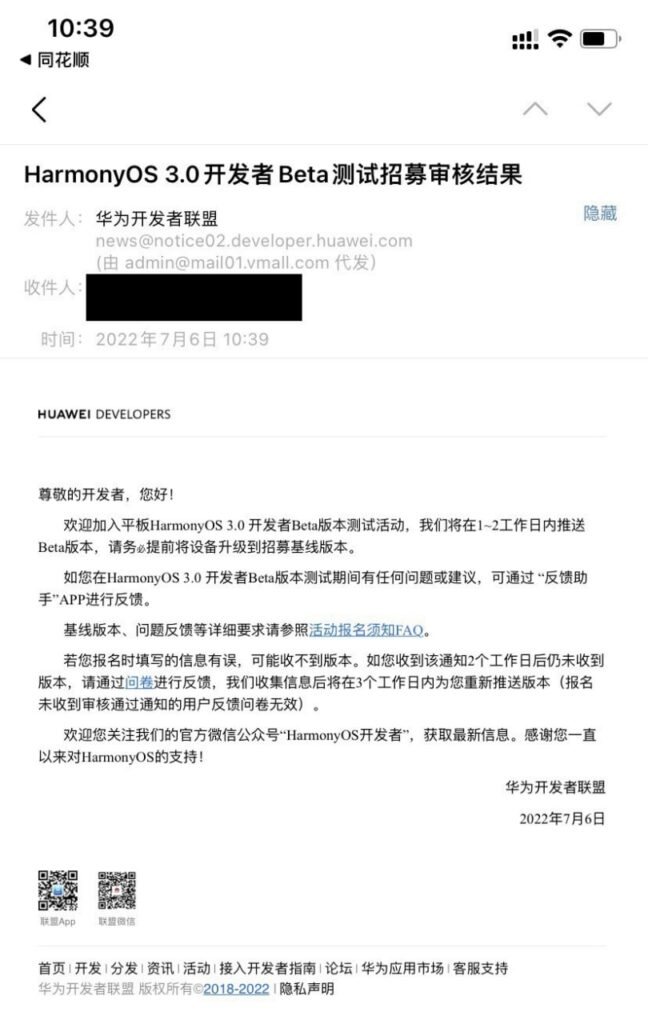 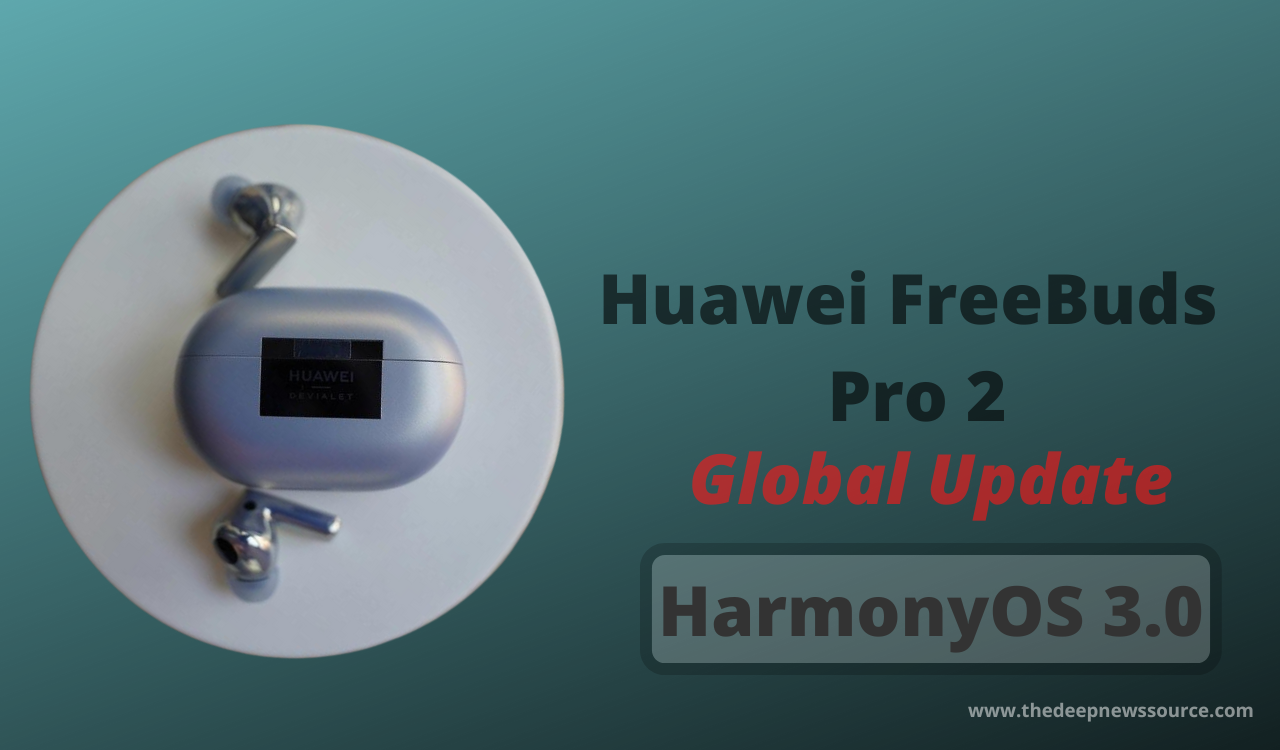 The latest firmware for the FreeBuds Pro 2 users has arrived with the HarmonyOS 3.0 build 3.0.0.156 (F002H003C90) and has a 4.03MB installation size. But with this new version, the company has improved lot’s of things, such as the Bluetooth connective and more.

Well, the company has revealed two major changes with this new build, first they have improved the Bluetooth connectivity and now you can easily pair with your Huawei as well as the non-Huawei devices. Also, the company has improved the connection stability to deliver a better experience.

Additionally, it makes phone calls easier than before and enhances the conversation experience by enabling you to use only wireless technology. Now down you can check the full changelog.

Note: Before updating, make sure that the battery life of both the charging case and the earbuds is at least 20%.

The Huawei P50 is experiencing themes issues with the HarmonyOS 3.0 beta update 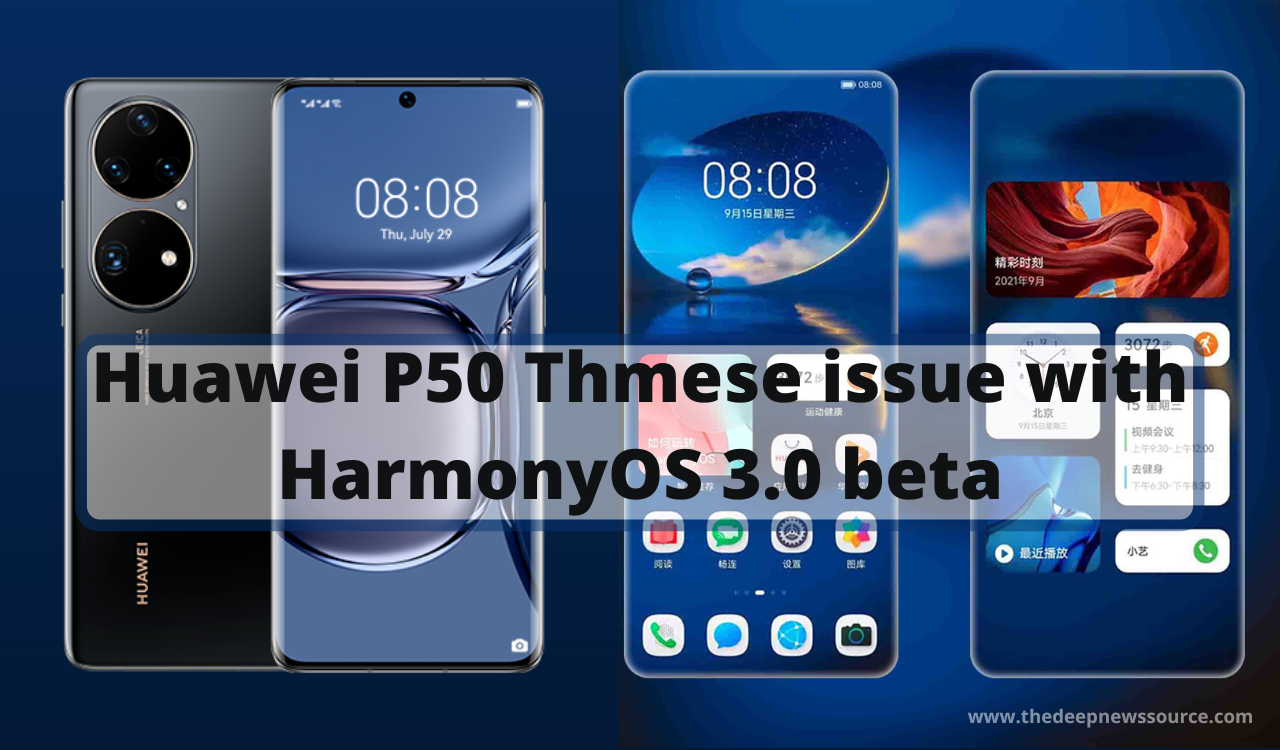 The Huawei P50 series has received the HarmonyOS 3.0 beta update, but users are experiencing various problems that have been uncovered by beta testers. To recall, the Chinese tech giant Huawei unveiled its HarmonyOS 3.0 operating system, and soon after, top Huawei smartphones such as the Huawei P50 and Huawei Mate 40 series received the beta program.

Furthermore, the rest of the other devices including Huawei tablets and Smart TVs, will soon receive the HarmonyOS 3.0 beta program. However, keep in mind that this is the beta phase, and it may contain numerous defects that are extremely dangerous to your device. But, if you participate in this beta upgrade, you will be able to use all of the system’s capabilities before the public deployment.

After installing the HarmonyOS 3.0 beta update, owners of the Huawei P50 Pro smartphone encountered the themes issue. Many consumers have expressed their complaints via Huawei’s official complaint forms, claiming that after numerous attempts, they are unable to select the themes on their devices.

The device users reported that the phone’s one-mirror themes could not be utilized and that only two additional downloaded themes could be used. The lock screen will be changed after changing the theme of the mobile phone, and the screen will still display icons, but the home wallpaper will not be changed. There isn’t just one animation effect.

The HarmonyOS 3.0 beta update affects more than just themes, as one Huawei P50 user discovered when they clicked on the home page: a tiny square app for founder securities would then display.

The HarmonyOS 3.0 beta program has already begun, and the business will undoubtedly enhance the features and fix these kinds of issues. After installing the HarmonyOS 3.0.0.82 beta update, if you have any of these problems, you should take note that you can deactivate the third-party application and also clear the cache file on your device.

The HarmonyOS 3.0 beta options can then be accessed after restarting your device. If you are still having issues following this, please explain them in the comments section. Additionally, if you wait a little while, the corporation will soon fix these faults as well. 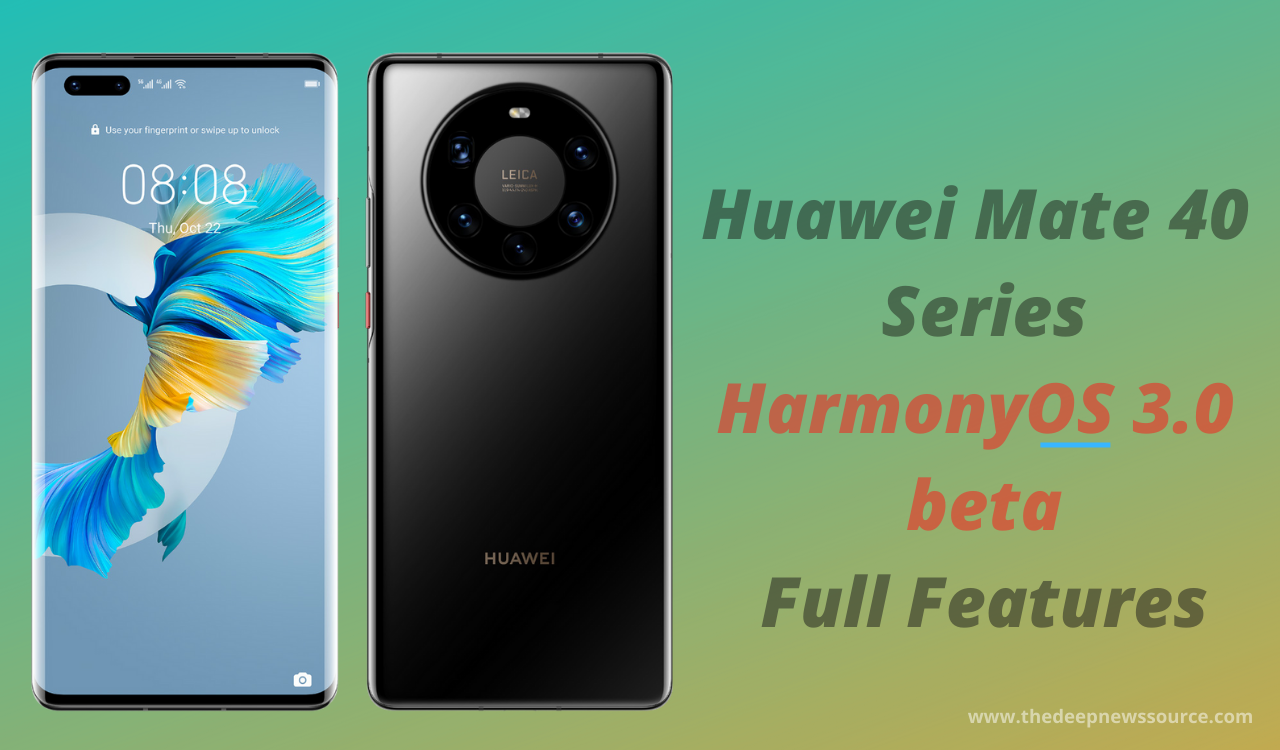 Huawei, a major player in the Chinese technology industry, released HarmonyOS 3.0, an updated operating system, on July 27, 2022. The company just launched its beta program for the top line of Huawei devices, which includes the Mate 40 series. A new user interface, new security options, and new features that Huawei fans will find very helpful are all included in the HarmonyOS 3.0 beta upgrade.

For your information, the HarmonyOS 3.0 beta update has already been installed on Chinese Huawei Mate 40 series devices, and the company has put up a ton of new features for consumers, with the stable version perhaps launching by the end of September 2022. Because the Chinese manufacturer has not shared anything fresh for the global units, we are once again disappointed in them.

The HarmonyOS 3.0 beta update for the Huawei Mate 40 series has been rolled out to all models with the fresh build number 3.0.0.82, but because the installation size is very substantial (8GB), you should make sure your device has enough storage. The Huawei Mate 40 series models that participated in this beta program are listed below, along with all of the new features that HarmonyOS 3.0 beta provided.

If you own one of the devices stated above and would like to use HarmonyOS 3.0 features before the stable update, you can sign up for the beta program. If all of the available spots are taken, you can wait until the next round. Below you can check the HarmonyOS 3.0 beta changelog for the Huawei Mate 40 series: