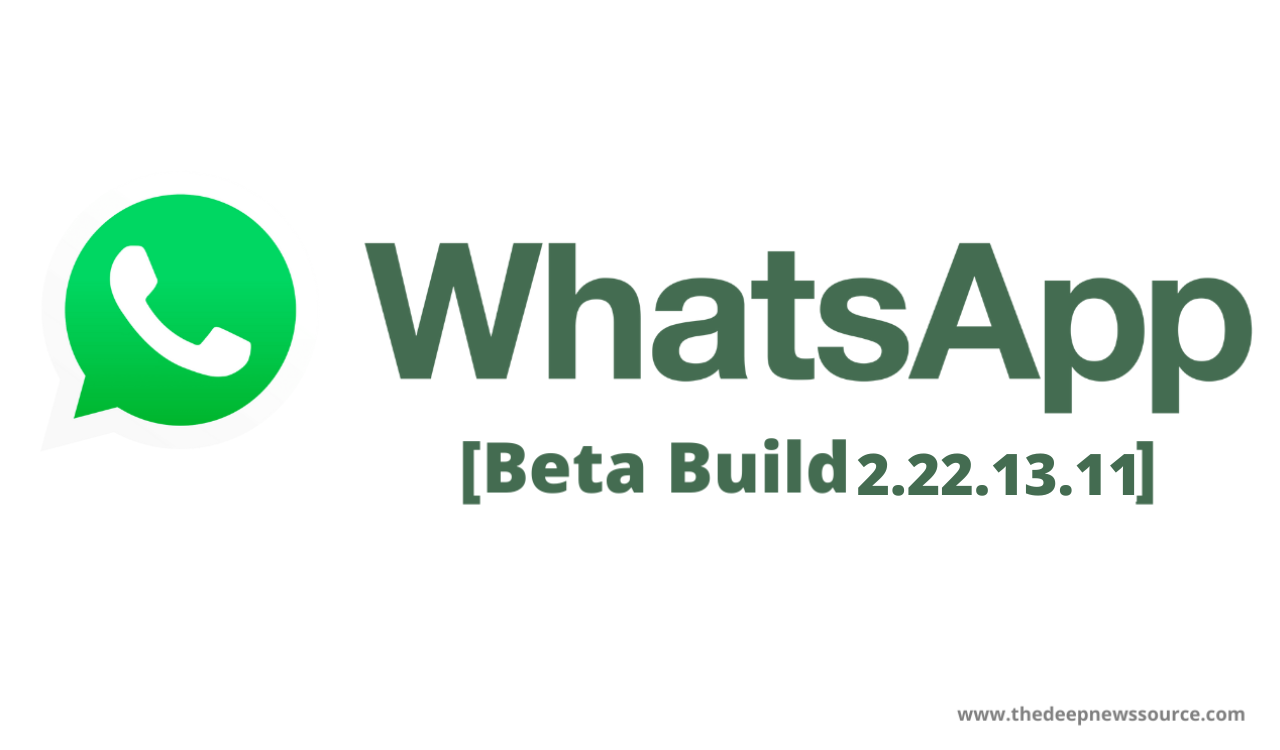 WhatsApp has started rolling out a new beta 2.22.13.11 update to the Android version of the app through the Google Play Beta Program. The most intriguing aspect of this update is that it concerns Google Drive backups: in a future edition of the application, the ability to export the backups created will be included.

WhatsApp’s beta and stable upgrades have added a slew of new features in recent weeks. You can see the full list of features below, and then we’ll get back to the WhatsApp beta 2.22.13.11 version.

There was mention of some prospective modifications (i.e. limitations) related to WhatsApp’s backups on Google Drive at the beginning of the year, at the end of January. There were suggestions that Google would be willing to provide limited storage options in the future. After those first, less-than-exciting rumors, the speech remained pending, with no further information emerging; as a result, it is impossible to determine if the program has changed in the interim.

At least, it wasn’t possible until only a few hours ago, when WhatsApp Beta 2.22.13.11 was released, revealing evidence of ongoing development on an export function for Google Drive backups.

As seen in the screenshot below, a new feature called ” Export backup ” will be added to the bottom of the settings page dedicated to chat backup in a future app version (accessible via the path ” Settings> Chat> Chat backup “).

Users will be able to utilize this option to export their Google Drive backups, and the export will contain all chats as well as any multimedia items, such as photos, videos, and other files, as indicated in the language below.

Although it is not apparent in the screenshot, the source also mentions a second new WhatsApp feature that will be available in addition to the one just described: users will be able to import the same backups back to Google Drive. Users will have more control over their Drive backups this way.

At this time, it is unclear why the WhatsApp team opted to implement the aforementioned alternatives, but there is a strong possibility that they are linked to the above-mentioned adjustments. Because the functions in question are still in development, they are not yet available to the general public. The development team is working to include these in a future app version, with priority given to beta testers as always, so this is just a sneak peek.

Telegram Premium details have leaked: here are the extra features and price 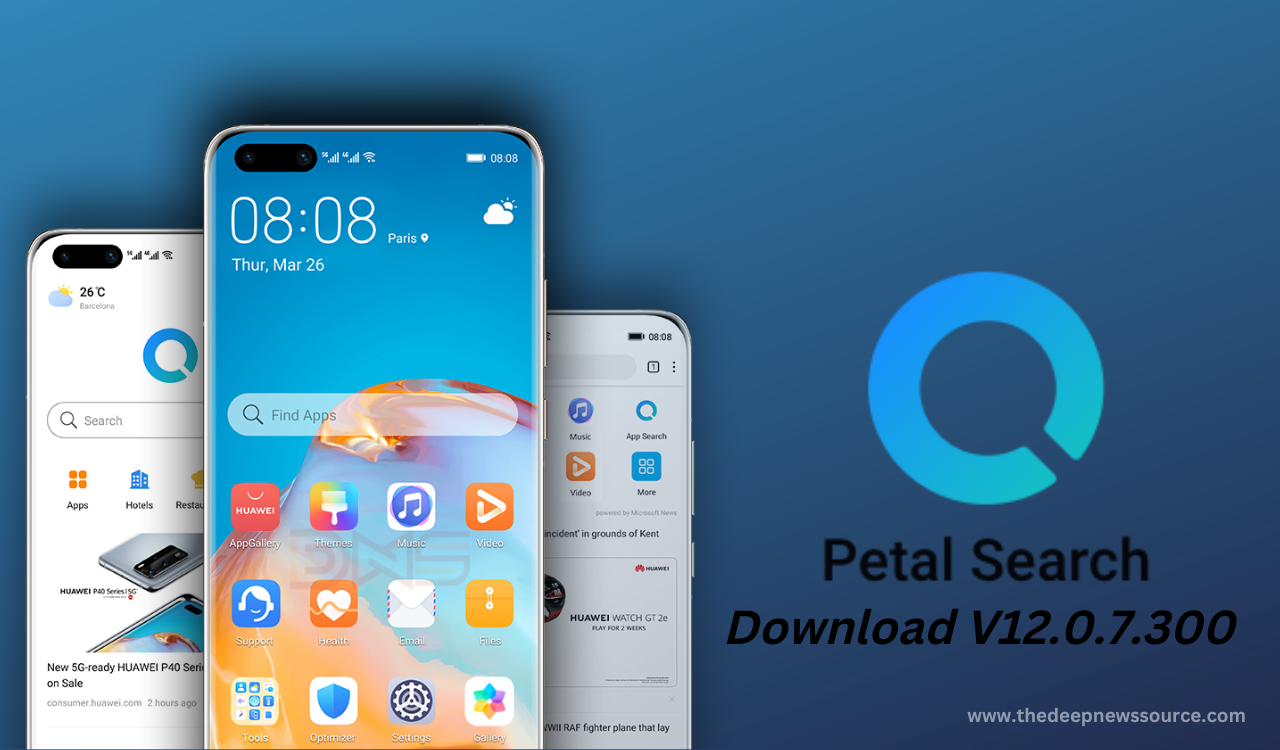 Huawei has started providing the latest update to its Huawei Petal Search app. The updated build 12.0.7.300 to the Petal Search is now available for download to all Huawei users and the installation size is 72.77MB. The latest version for this app is rolling out with fixes to some known issue bugs which enhance your searching experience.

The Huawei Petal Search app is a search engine platform that was made accessible on both mobile and desktop in the second half of 2020. Huawei’s Petal Search introduces a plethora of new features to enhance your search experience and produce superior results.

When you enter a search word into Petal Search, an algorithm is used to compare the information in our index with your query and provide a list of search results. Petal Search is constantly upgrading and creating new algorithms in order to improve the effectiveness and efficiency of the search engine.

Petal Search may be used for a wide range of activities, including online surfing, visual searches, reservations for lodging, travel, and dining, exploring close-by locales, finding pertinent apps from other sources, and more. 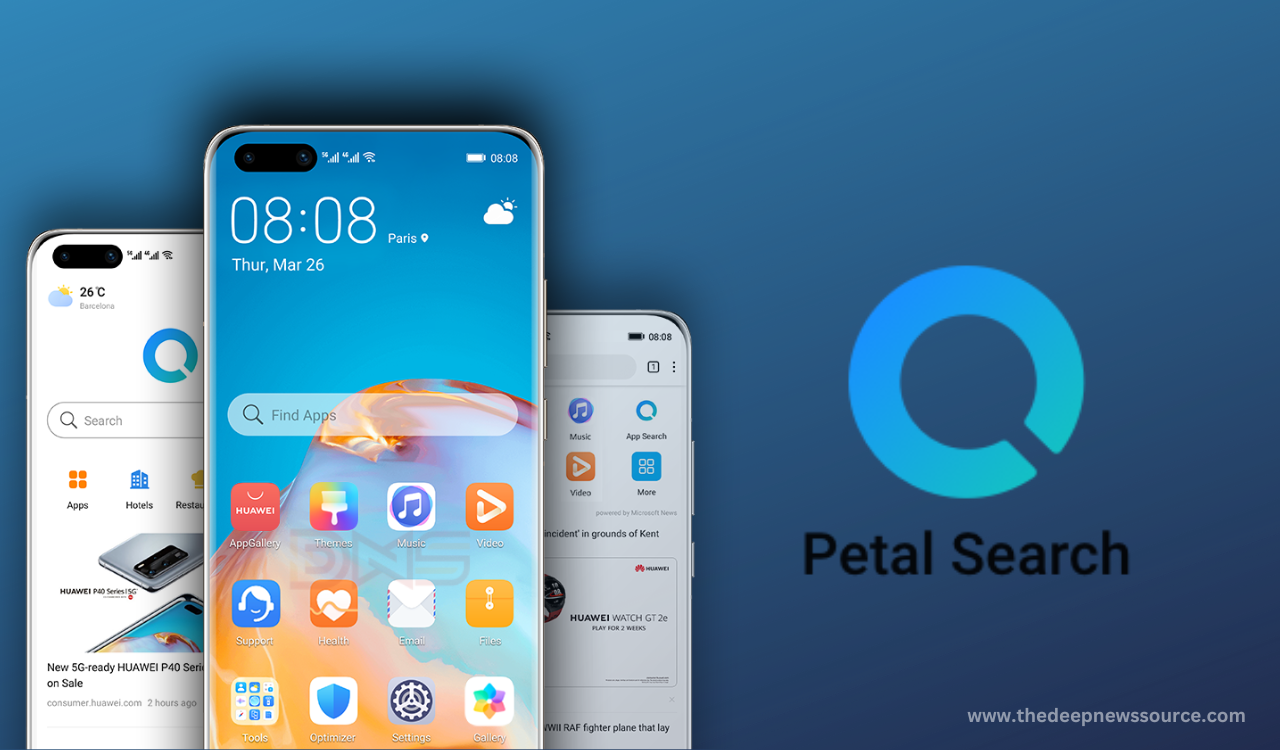 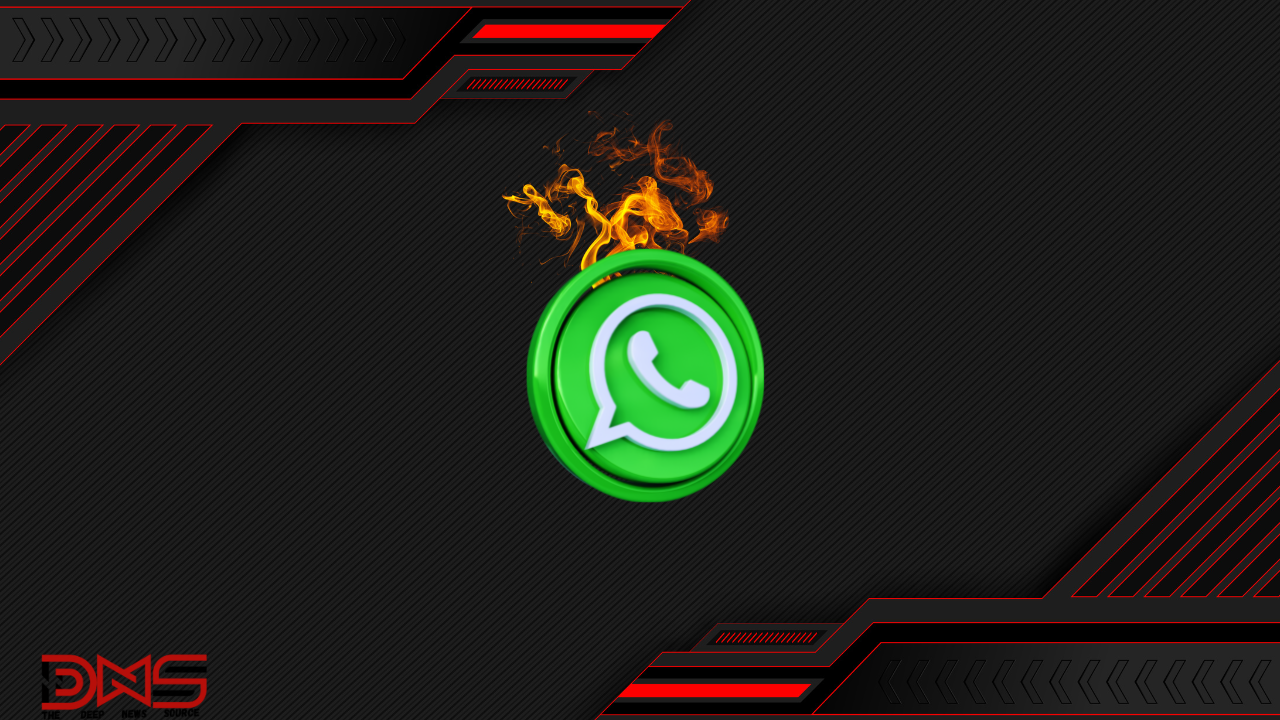 WhatsApp is constantly improving its services for Android and iOS users. The latest update includes some useful features for users, which we found to be truly amazing. The developers have now begun to distribute the new beta update for WhatsApp, which is currently available for Android users.

WhatsApp has received a new beta update 2.22.22.3, which you can download and test on your Android device. The most recent beta update to this app includes a new privacy feature that allows users to block screenshots in certain scenarios.

Mark Zuckerberg announced in the summer that some new privacy-related features would be introduced soon, one of which was screenshot blocking.

With the latest beta version, this function has been made available to some testers, for which a new system for displaying images and videos that disappear (i.e. that can only be seen once) is introduced, capable of preventing people from taking a screenshot or video recording of the screen is introduced. These screenshots show a black screen, which is exactly what users will see if they try to take a screenshot or record a screen video of images and videos shared by others using the one-time view option.

However, keep in mind that, despite this security feature, users can still take screenshots of conversations even if they contain some messages that disappear (this is because the new functionality is limited to viewing images and videos) and that disappearing photos and videos can always be “captured” through another device’s camera.

Basically, the advice is to use the option to send photos and videos with a single view with great care, as any sensitive and/or confidential content could be equally at risk. At the moment there is no information on when this new feature will be made available to all users.

How to download the new beta version of the app: 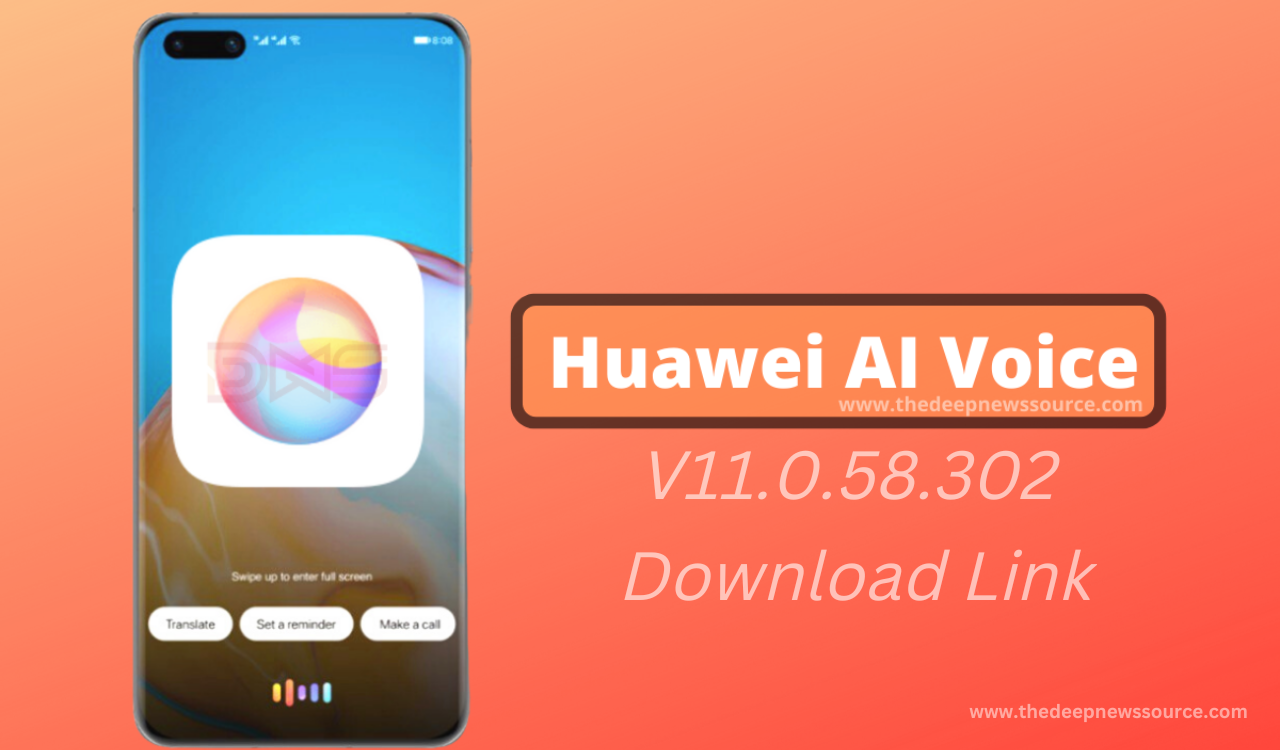 You can communicate verbally with your smartphone or tablet with Huawei AI Voice. Wake up AI Voice and deliver a voice command to use your device hands-free. This feature is only available in some nations and regions, such as the United Kingdom, France, Spain, Chile, Mexico, Italy, Germany, and Colombia, where English, French, and Spanish are spoken.

In essence, Huawei Smart Voice is an intelligent assistant for Huawei smartphones that is dedicated to freeing users’ hands through superior voice interaction technology to satisfy their convenient and efficient operating needs in a variety of circumstances.

Huawei, the Chinese tech giant, may soon expand this app to more users, but in the meantime, where can you get it? The company has begun rolling out the updated build 11.0.58.302 (72.40MB) for the Huawei AI Voice, which includes some improvements, and you should install it on your Huawei devices. The download link can be found below. 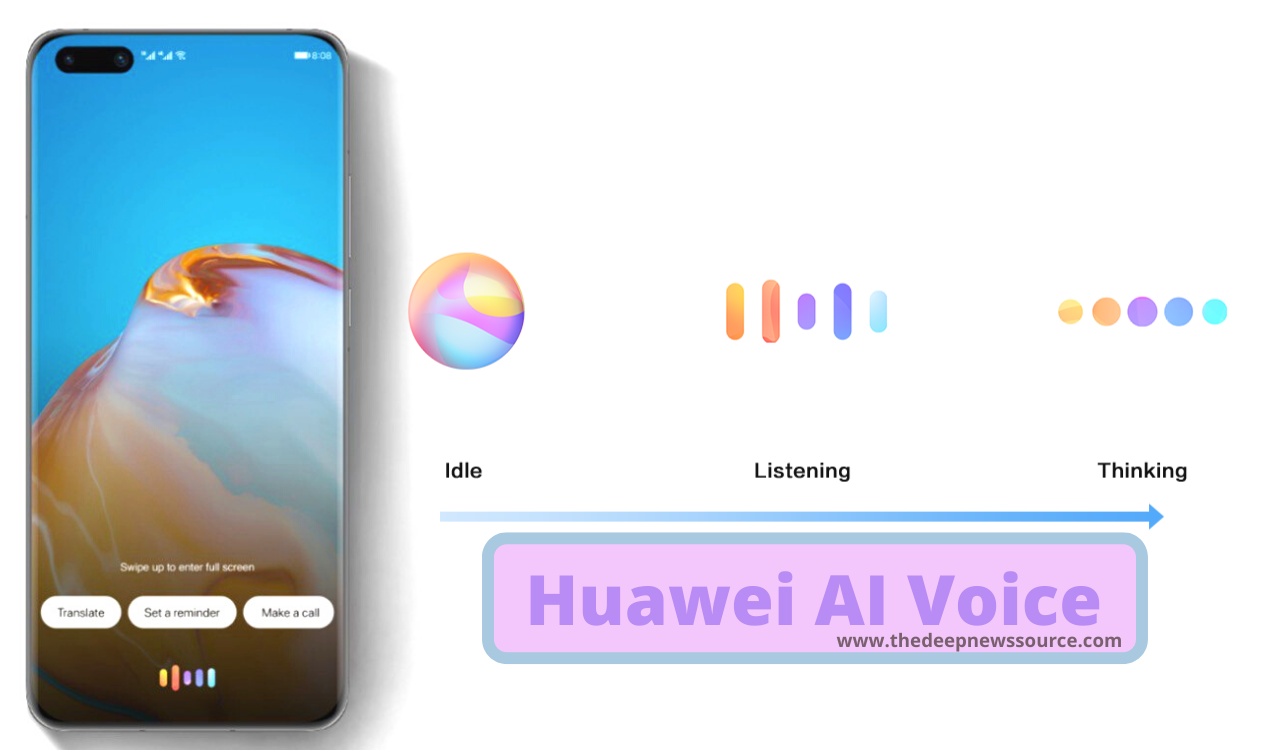 You can wake up AI Voice in multiple ways:

Press and hold the Power button for 1 second to wake up AI Voice:

To wake up AI Voice, say the wakeup phrase: