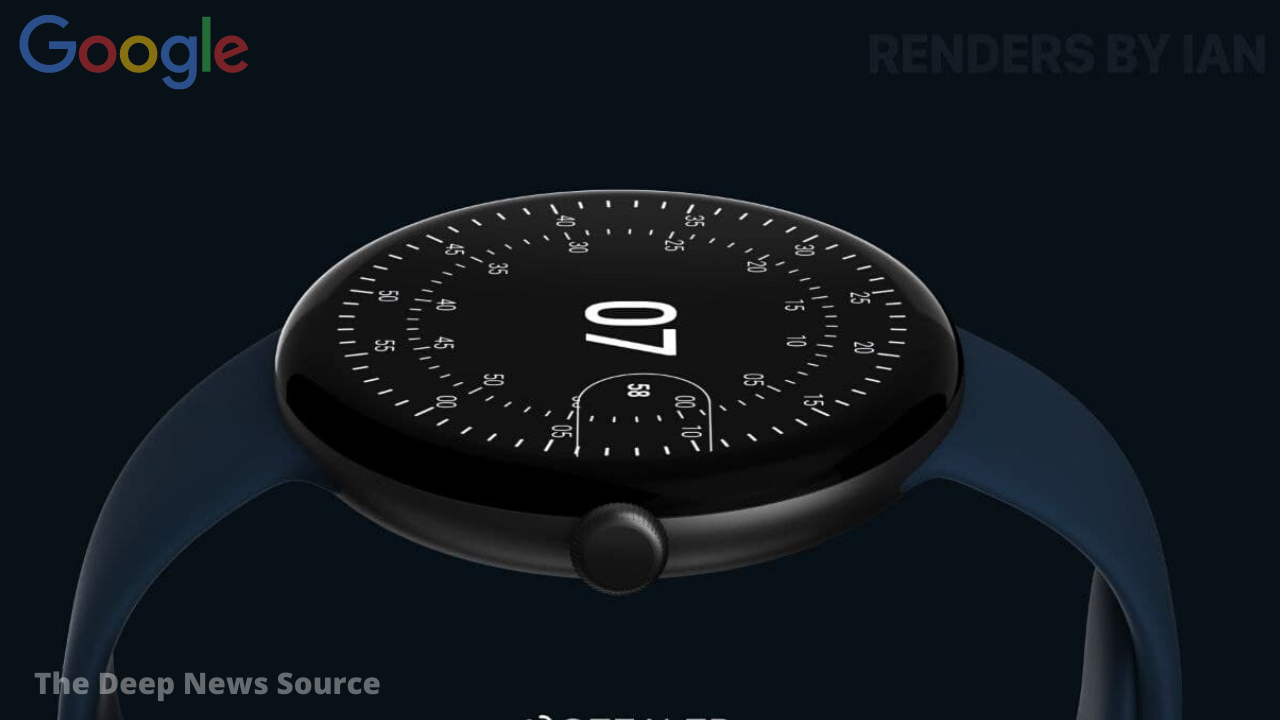 As we told you in our previous article that Google is preparing to launch its first watch and we presented some leaked images in front of you and we also showed a video of Jon Prosser.

As is known, Samsung and Google have joined forces to co-develop Wear OS 3 for the new generation of smartwatches since earlier this year. Samsung abandoned Tizen OS in favor of Wear OS 3, but this major change has allowed the Korean tech giant to retain some exclusivity on the new OS version.

The Galaxy Watch 4 and Watch 4 Classic are the only smartwatches on the market right now to run Wear OS 3 out of the box, while other OEMs are expected to release the update by 2022.

And that aside from Google is preparing its own smartwatch powered by wearOS 3 and according to a new leak from Front Page Tech complete with fuzzy press, renders (below) – the official launch of the so-called Google Pixel Watch should be around the corner.

Google is now thinking of bringing its watch to the market for the first time, for that Google can take some inspiration from Samsung Watch and Apple Watch for Pixel Watch. Google Watch will not be square like Apple Watch but will be available in a circular shape like Galaxy Watch.
According to SamMobile, Google’s wearable won’t take advantage of One UI, and instead, it will run an untested version of Wear OS.

Some information about google watch
The upcoming Google Pixel Watch features a circular clock.
It will be based on an unreleased version of Wear OS.
The Galaxy Pixel Watch has a bezel-less design.
It is derived from the mixture of the Apple Watch and Galaxy Watch, it will be circular like Galaxy Watch and curved shape on the side like Apple Watch.