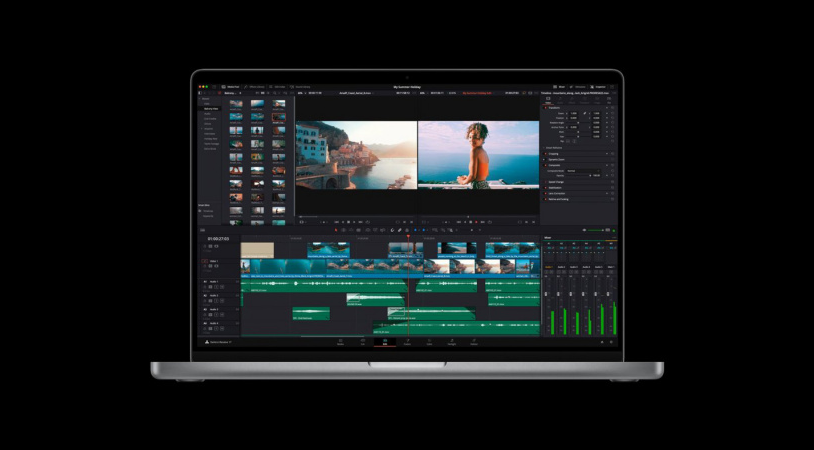 Blackmagic today pushed the video post software DaVinci (DaVinci Resolve) version 17.4, which is officially adapted to the Apple M1 Pro/Max chip. Officials say that Da Vinci can increase the performance of 8K video editing by up to 5 times when running on a MacBook notebook equipped with the latest M1 Max chip .

DaVinci software also provides native HDR and 120Hz video playback support for the new MacBook Pro 14/16 notebooks . These two notebooks are equipped with a Liquid Retina XDR screen with mini-LED backlight, peak brightness of up to 1600nit, support for ProMotion 120Hz high refresh rate, and a maximum resolution of 2056 x 1329.

Apple M1 Max chip not only provides a 10-core CPU, 24/32-core GPU but also integrates the ProRes video decoder. Compared with M1, the image processing speed can be increased by up to 4 times. The MacBook Pro 16 notebook equipped with this chip has a unique high-performance mode, which is designed for tasks such as 8K ProRes video editing. At the same time, the heat sink architecture has also been improved compared to the old notebook to meet the performance of the chip.