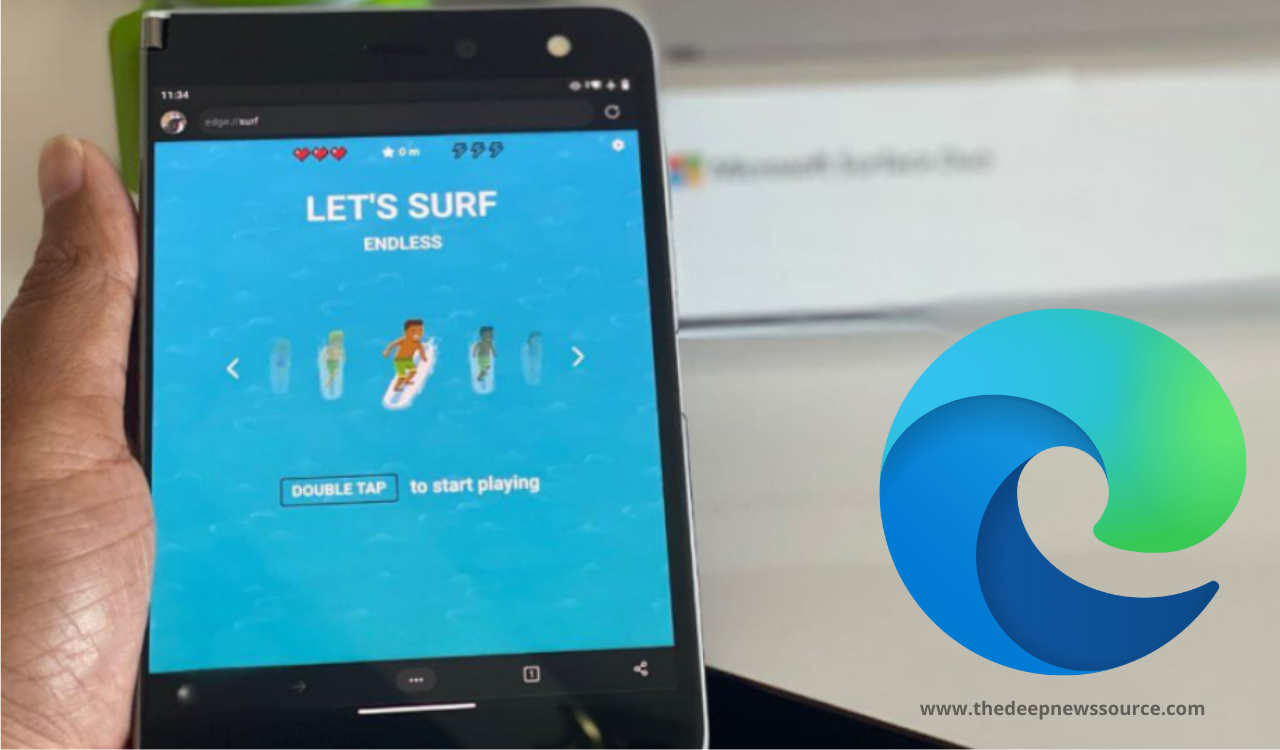 According to the report, Microsoft released a new web-based Surf offline game for the Edge browser last year. This small game is now only available on the desktop version of the Edge browser, but Microsoft hopes to make it available to mobile users as well.

The surfing game has now been released on the current Edge Canary Android version, according to the Microsoft Edge Insider team on Twitter. Edge Insiders on Canary 95.0.1002.0 can now access the game by typing edge:/surf into their browser. It can also be played without being connected to the Internet on a mobile device.

Android Insiders, we have a special surprise for you today! In Canary channel version 95.0.1002.0, you may find a certain 🏄‍♂️ page that was a feature ask early on in our mobile app development. 😏
(Spoilers: Head to edge://surf on Android Canary TODAY!!) https://t.co/muGebQXGiD

According to reports, the Microsoft Edge surfing game is heavily influenced by the legendary SkiFree, which debuted in 1991 on an older version of Windows. The user must avoid numerous obstacles and islands while maintaining a long-term ride through the wind and waves. The conventional surf style, time trial, and Zig-Zag mode are among the three options available to users.

The surfing mini-game is currently only available on desktop and Android. There’s no word on when the iOS version of the Edge browser will get it.