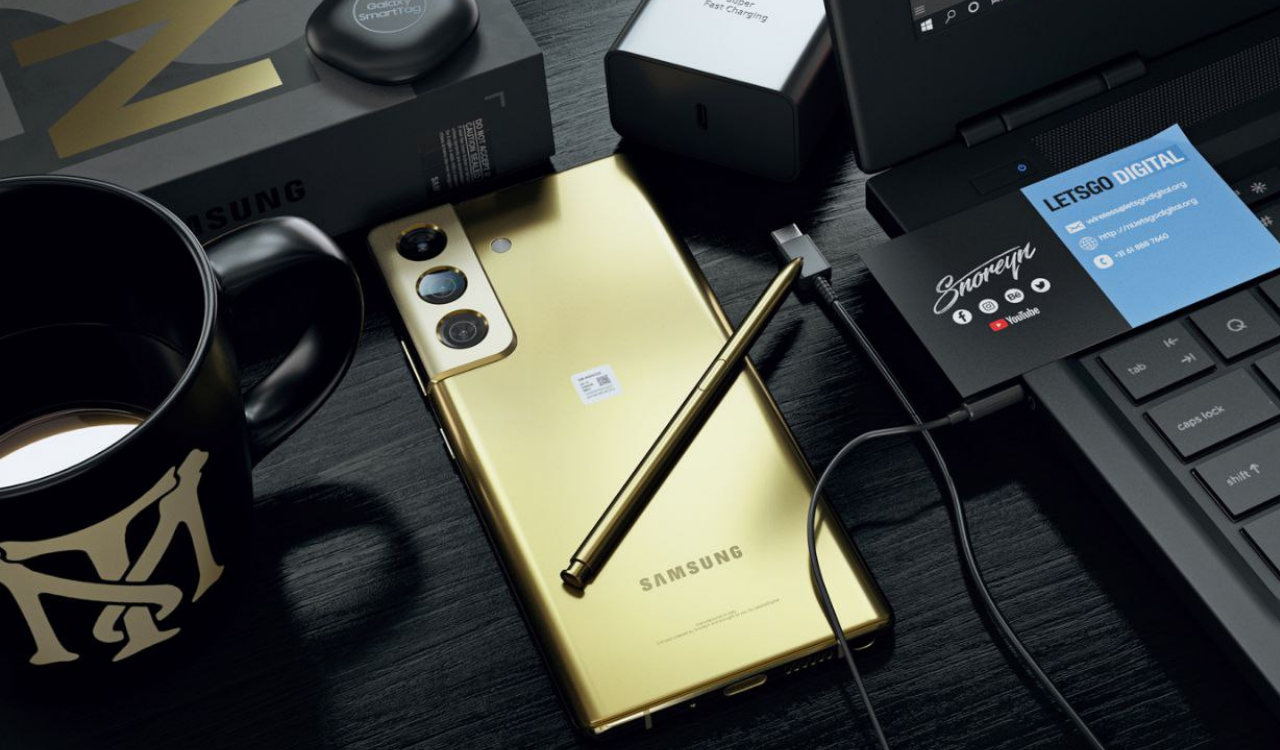 However, there can be many reasons for the device not launching, one of them the two new devices of Samsung will be launched on August 11, 2021. Now forget all these things and come to the new rendering of the Galaxy Note 21 series which is revealed by Let’s go Digital.

As per the rendering, the device appeared with four color options namely Black, Pink, Dark Green and Gold. Looking at the image, the device will use the plastic back which is a similar concept with Note 20 series except for Note 20 Ultra smartphone. Apart from this, three cameras have been displayed on the Note 21 smartphone, with a slight bump.

Also, all three cameras are placed inside a plate erected at the same length and the volume broker is also attached with this plate. Between the first and second camera sensors, the setup of the LED flash is visible within the span of a finger. At the bottom of the device, you get to see the branding of Samsung and the device has come with the Samsung’s S pen.

The renders of the device have been made very attractively and the phone looks very premium in appearance. We’ve got to see a “RIP” on top of the box and it could be that it is written because the device is not launching this year. Below you can check the render images. 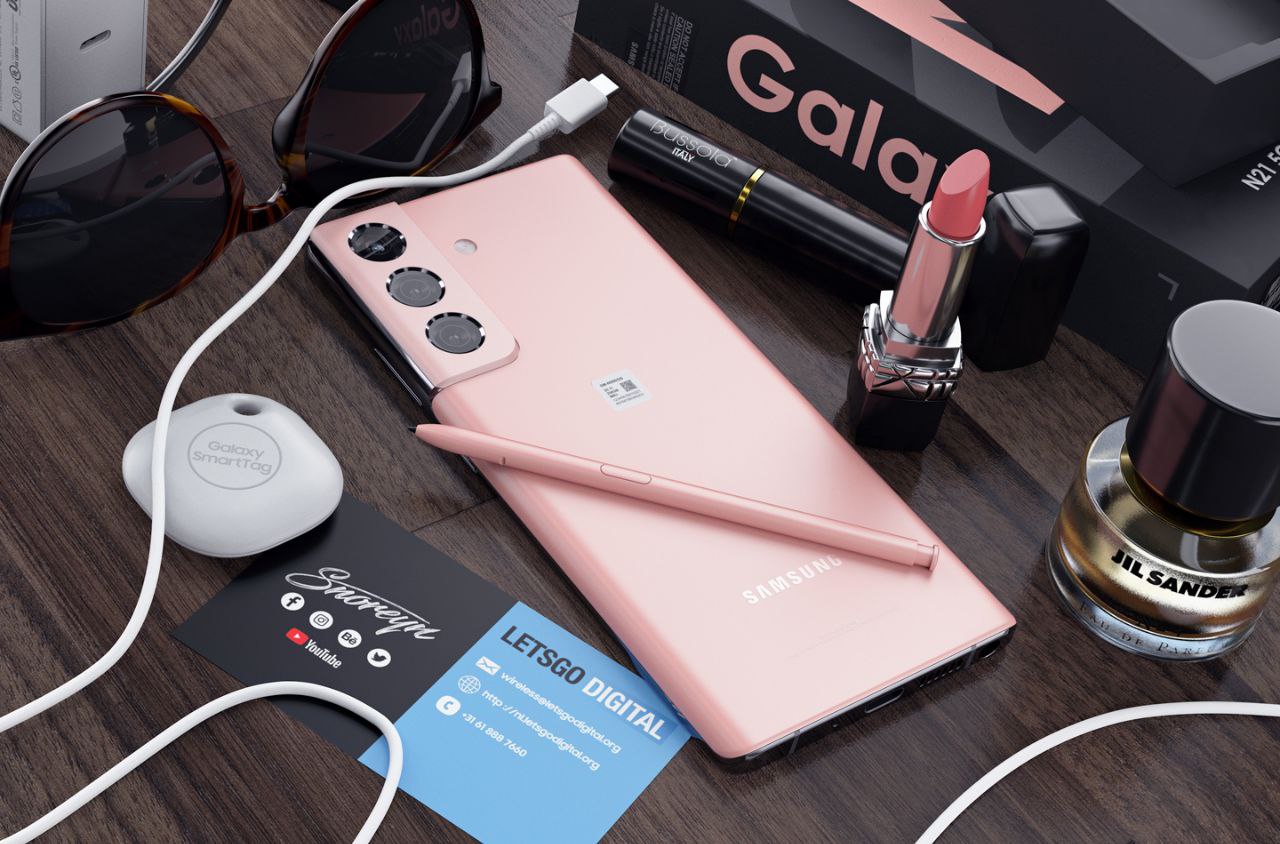 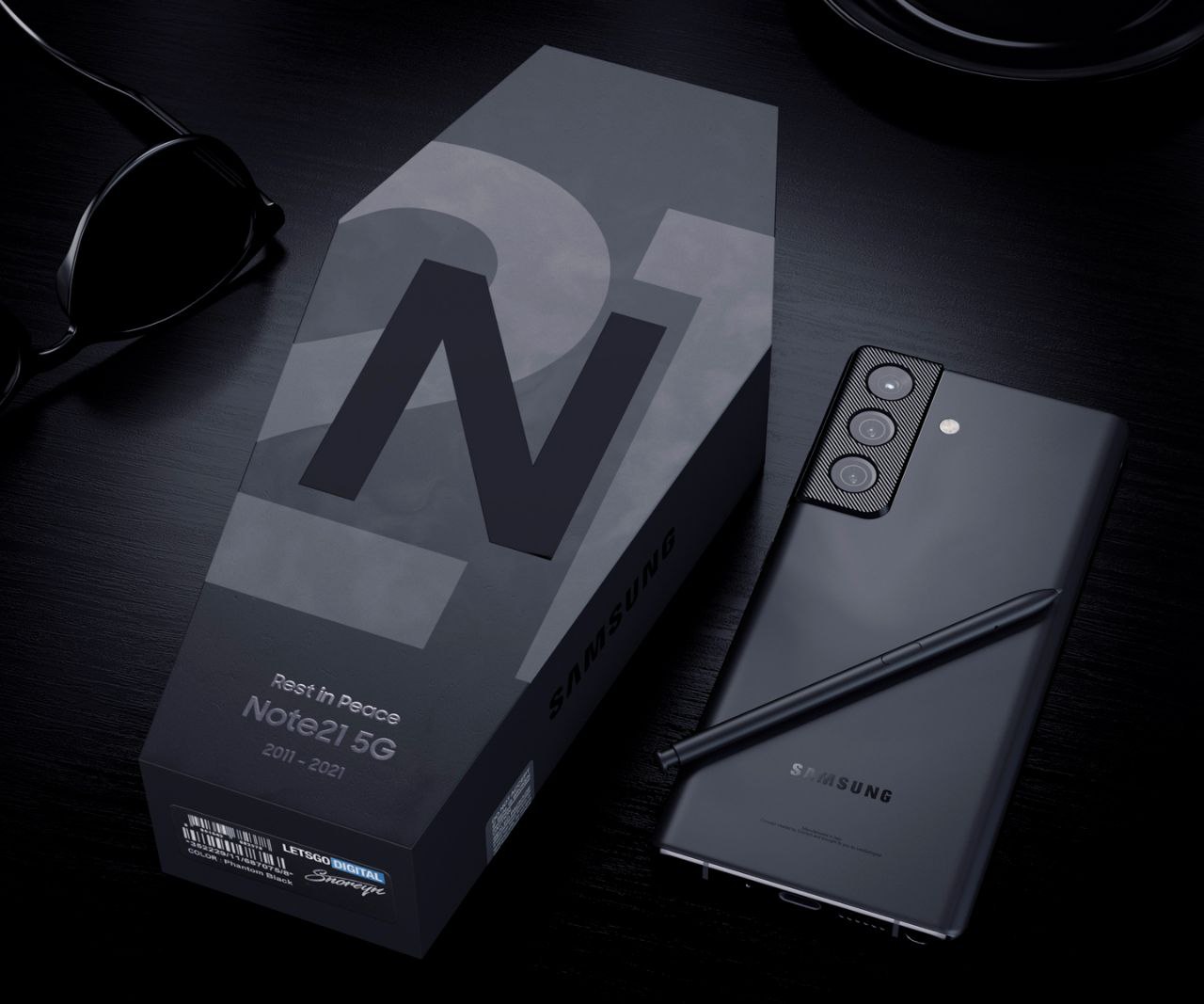 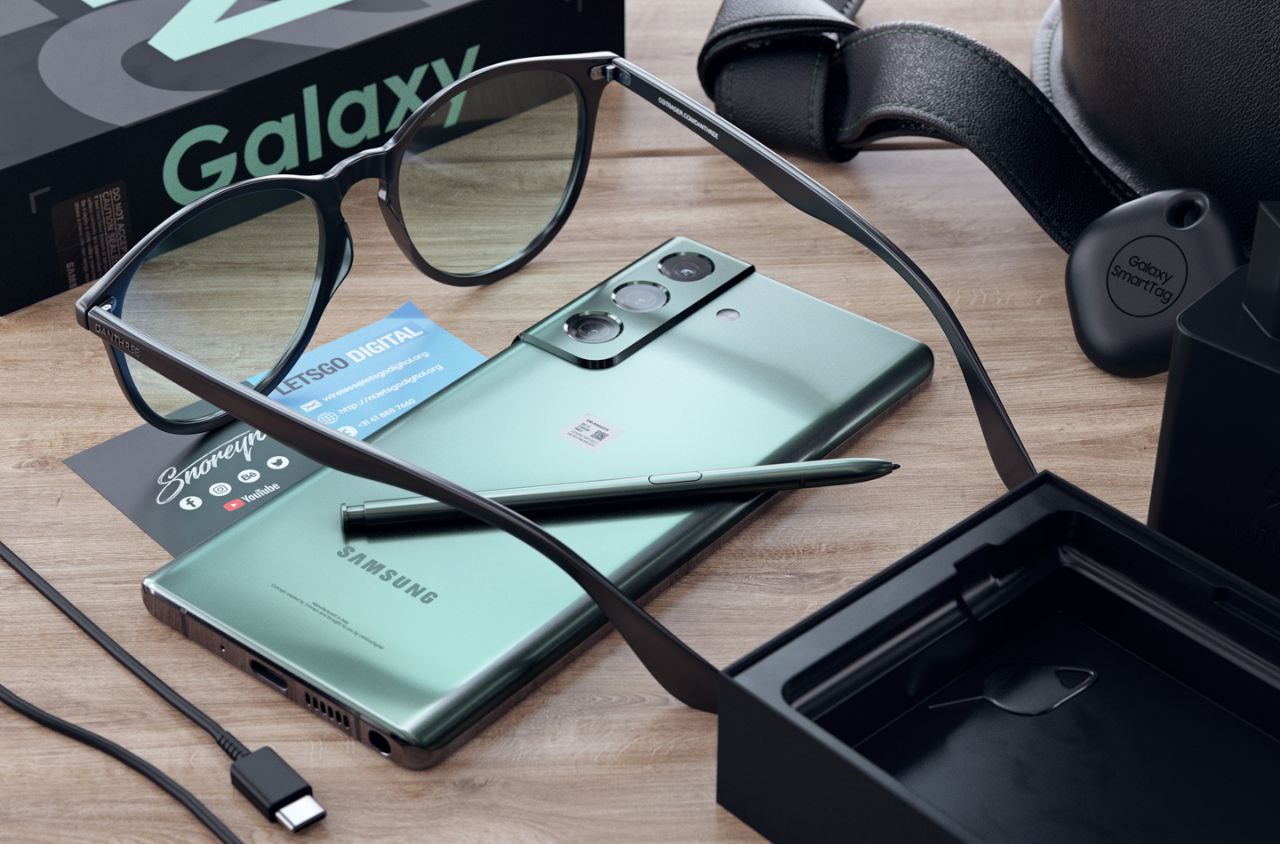 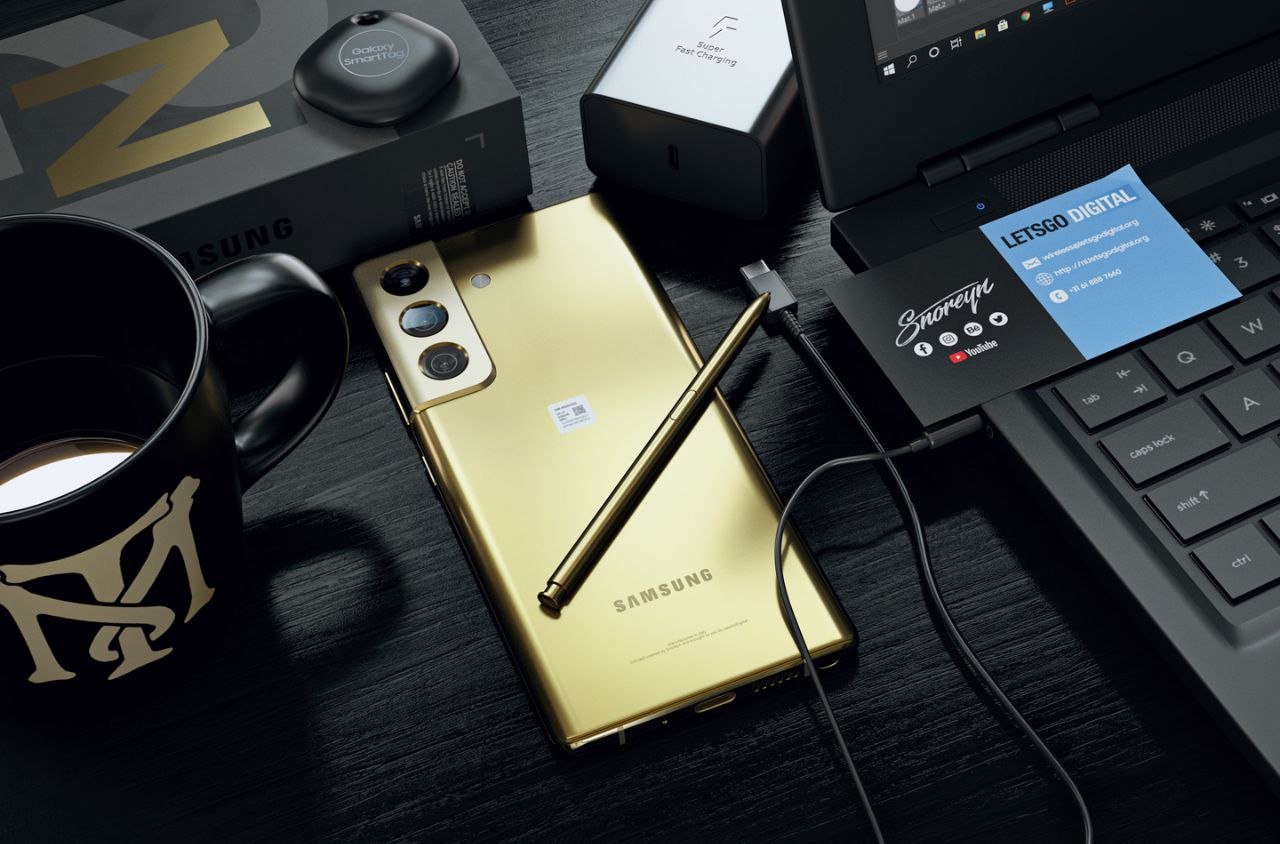 Will Galaxy Note 21 series launch with an under-display camera?

If the Galaxy Note 21 series will not come with an under-display camera then a center hole punch camera can be used in it which is similar to the previous Note 20 series.