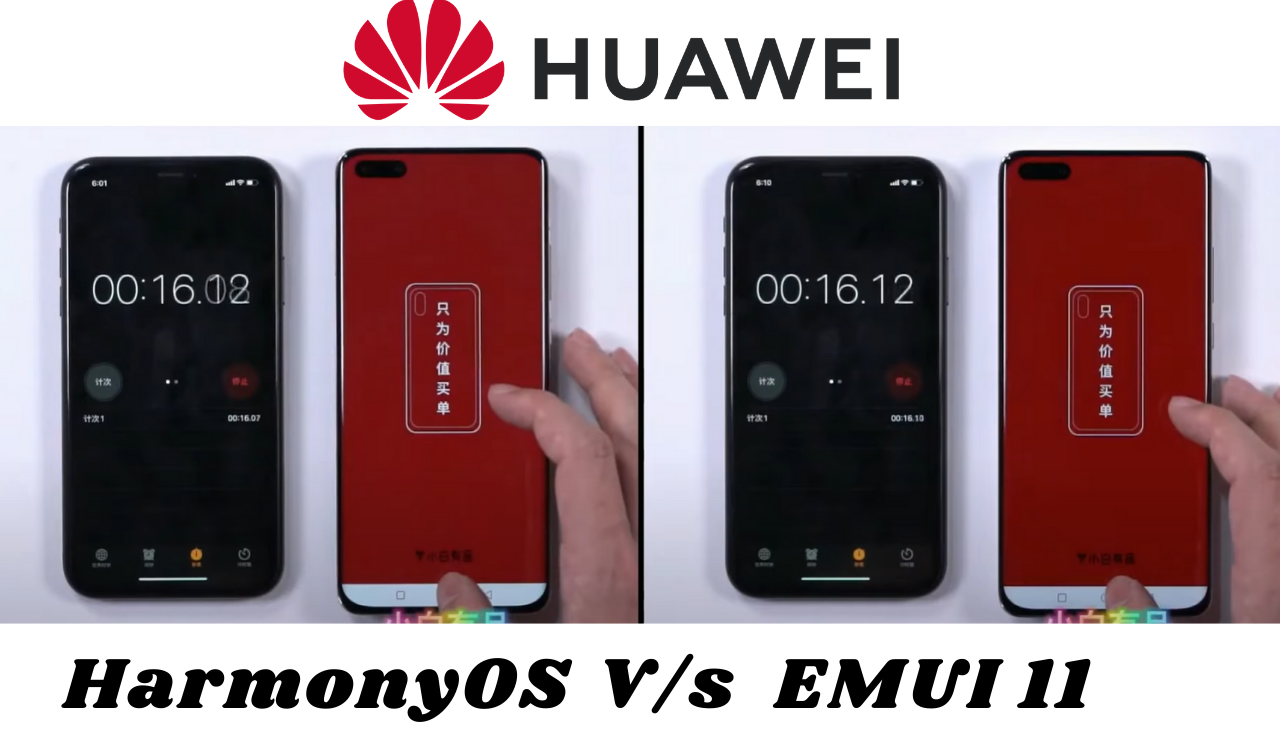 Huawei had announced its new operating system HarmonyOS in the month of May 2019. After the company has completed all rollout of the EMUI 11 then come on to this new version. Also, the company has claimed that the HarmonyOS has a totally different version to the EMUI and it has come with more features.

After that, the company has announced the new version of the HaromyOS 2.0 in HDC 2020 with new technology, features, better performance, etc. Now the company has started the second batch of the HarmonyOS 2.0 mobile developer beta recruitment programs on April 21, 2021. In this line-up, Huawei has started the testing process for the Huawei Mate 40 series, Mate X2 and other Huawei smartphones.

According to this, Huawei’s users have started receiving the new build number which is based on the HarmonyOS developer beta test and users have entered this program ahead of the closed beta update.

Just two days ago, we have seen the comparison video between the HarmonyOS 2.0 and EMUI 11. The tester has checked the speed of opening and closing of the app, app response time and Data loading time. This video confirmed that the HarmonyOS is faster in all departments compared to the Emotion-UI EMUI 11. (Check the video)

Now a new comparison video has out on the internet while in this video we will see an app startup speed between the HarmonyOS 2.0 beta 3 and EMUI 11. In this video, we show the HarmonyOS 2.0 running on the Huawei Mate X2 smartphone while the Mate 40 Pro smartphone operating the EMUI 11 version. Both smartphones carry almost similar specification like powered by Kirin 9000 and offer a 90Hz refresh rate for smoother animation.

In this video, the tester has opened common apps like Weibo, Huawei browser, photo viewer, and more on both versions device at the same time. The application opened speed based on the device performance, software and timing while both smartphone processor has been similar.

According to this video, HarmonyOS better than the EMUI 11 version in all applications timing and provides smoother animations over it. Also, the HarmonyOS provided a great response to overall performance such as opening the app, response time and data loading to closing the app.

Compared to the EMUI 11, the HarmonyOS consuming less power and memory: Report 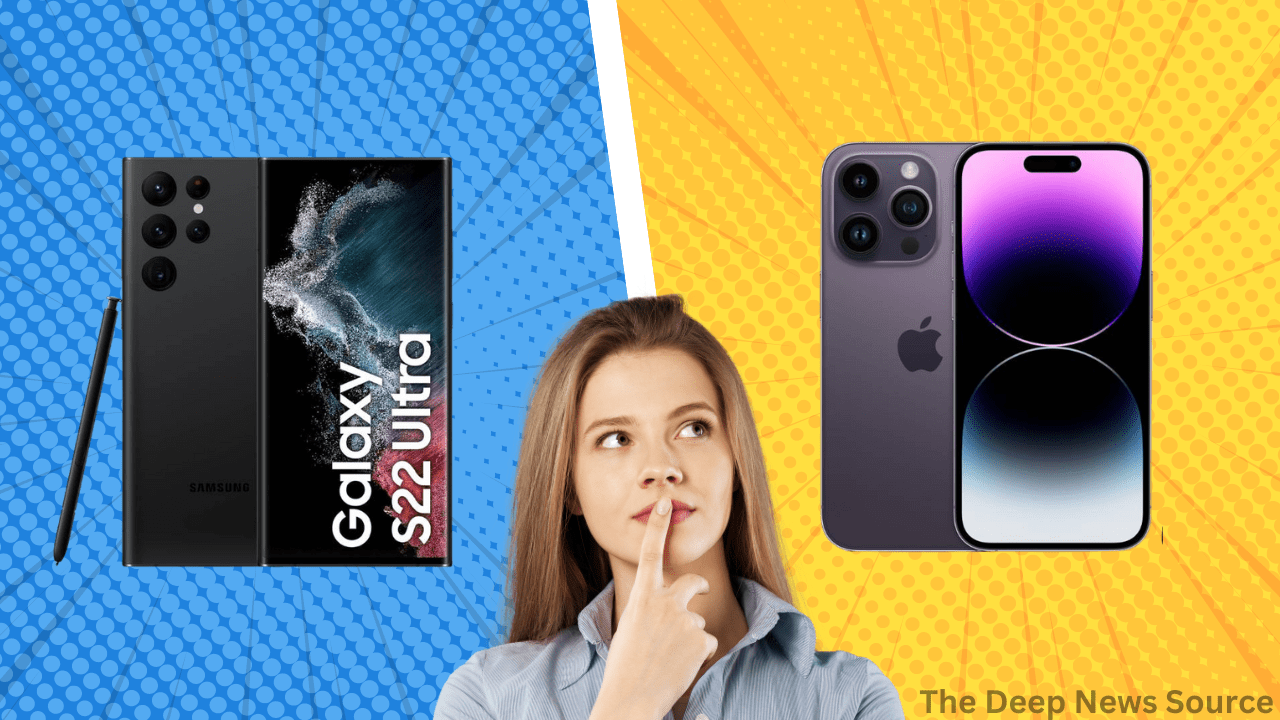 Ok now let us start the comparison of these two flagship smartphones. We start with your favorite topic, the Camera. Talking about the camera, the 108MP rear camera has been used in the S22 Ultra and the same 48MP camera is still used in the iPhone 14 Pro Max. Still in camera, according to us, Sh22 Ultra is ahead of iPhone 14. 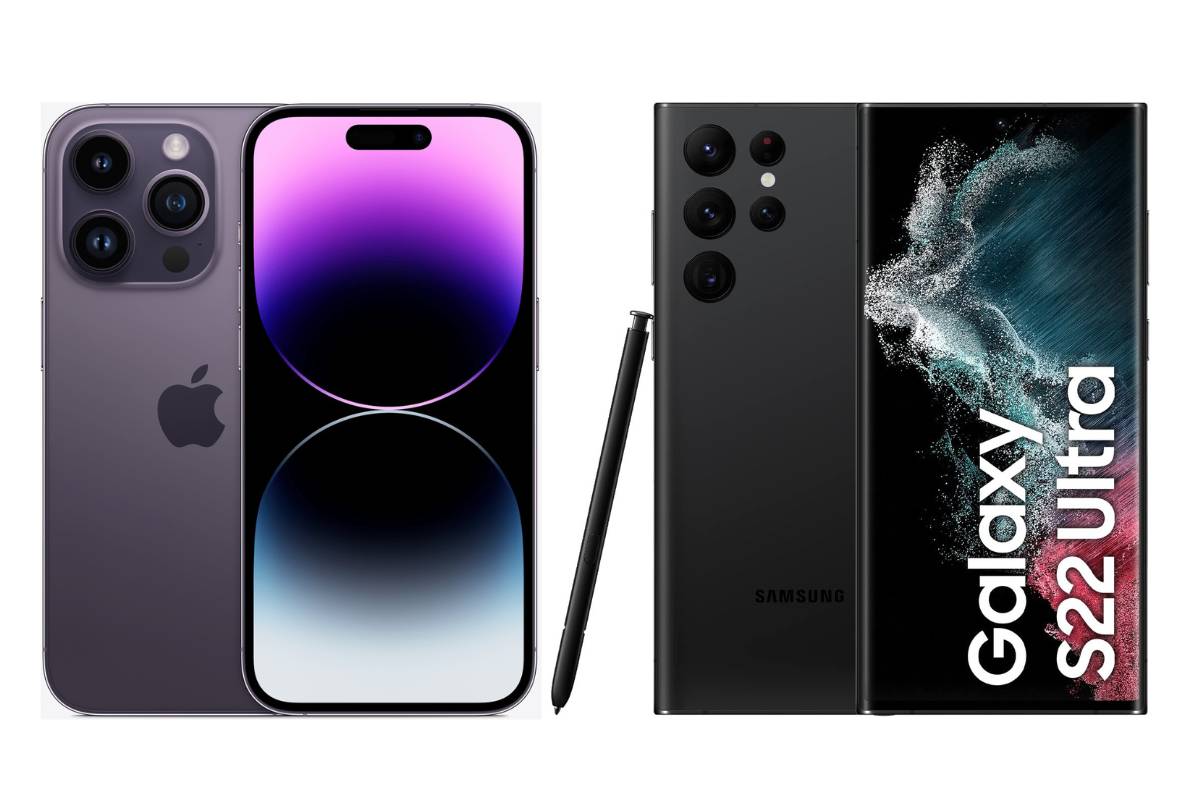 [CPU/GPU performance in apps and games] 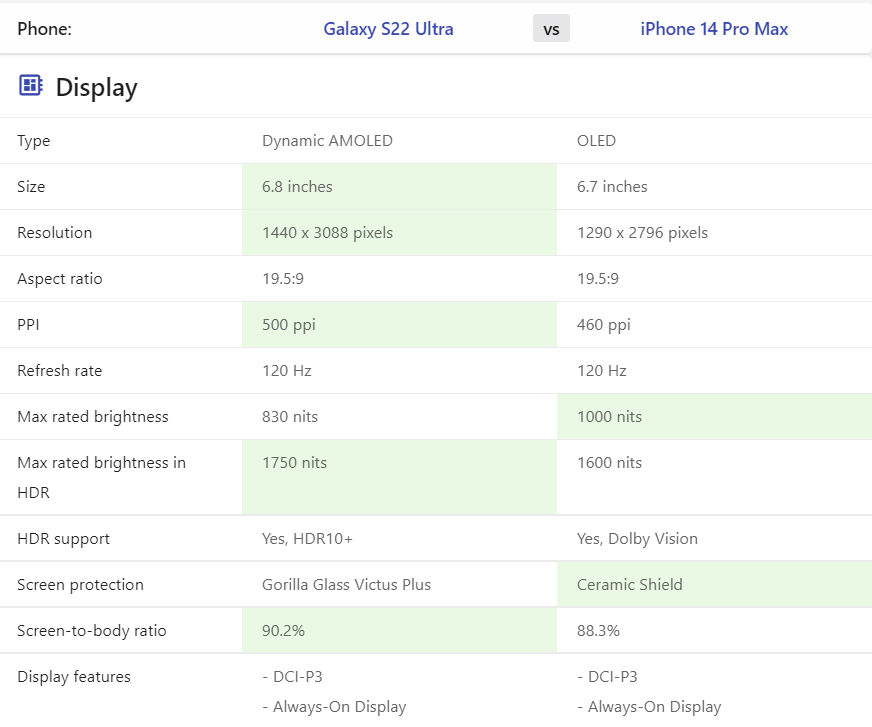 This was just a friendly comparison. Both devices have their own specialty and both are famous at different levels. Our aim is not to hurt the sentiments of any company, brand, or user at all. 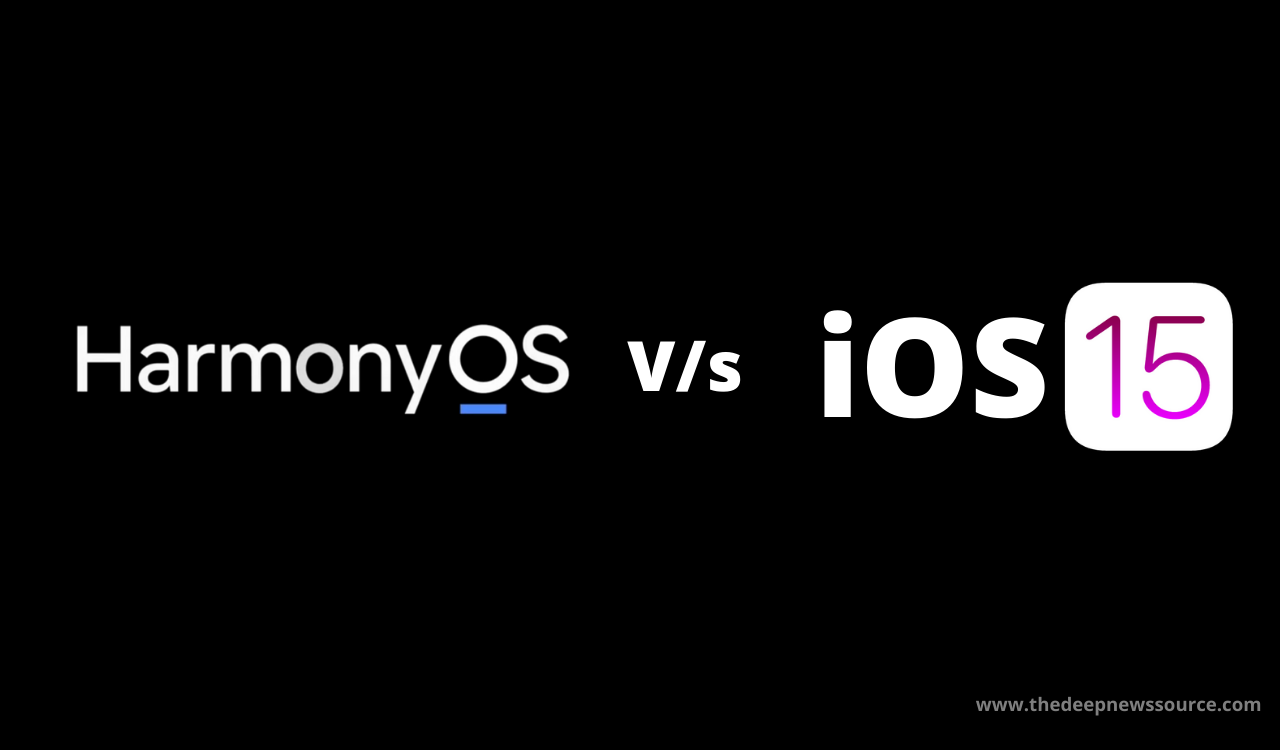 During this event, the company has said that the 100 Huawei devices will get the HarmonyOS 2.0 update at the end of the year. On the other side, the company has released the official roadmap which shows the complete rollout status of this latest operating system.

The company has selected some top of Huawei devices for the first batch upgradation including the Huawei Mate 40 series, Mate 30 series, P40 series, Mate X2, nova 8 series, MatePad Pro series and other devices.

Now, the users who have got the HarmonyOS 2.0 stable/beta update started sharing their experience and posted a video of this operating system. The new video of out has a comparison between the HarmonyOS 2.0 and the newly launched Apple iOS 15 version. The new video provides the status of the user interface (UI) and device smoothness experience. So let’s watch the video below.

In this video, we have also got the HarmonyOS 2.0 slightly better in all departments compared to the iOS 15. We have seen the opening an app speed, system animation, app services, task manager navigation and both OS control access panel. Once more, the result has proved that the HarmonyOS 2.0 is a powerful operating system that is ready to compete with Apple iOS. 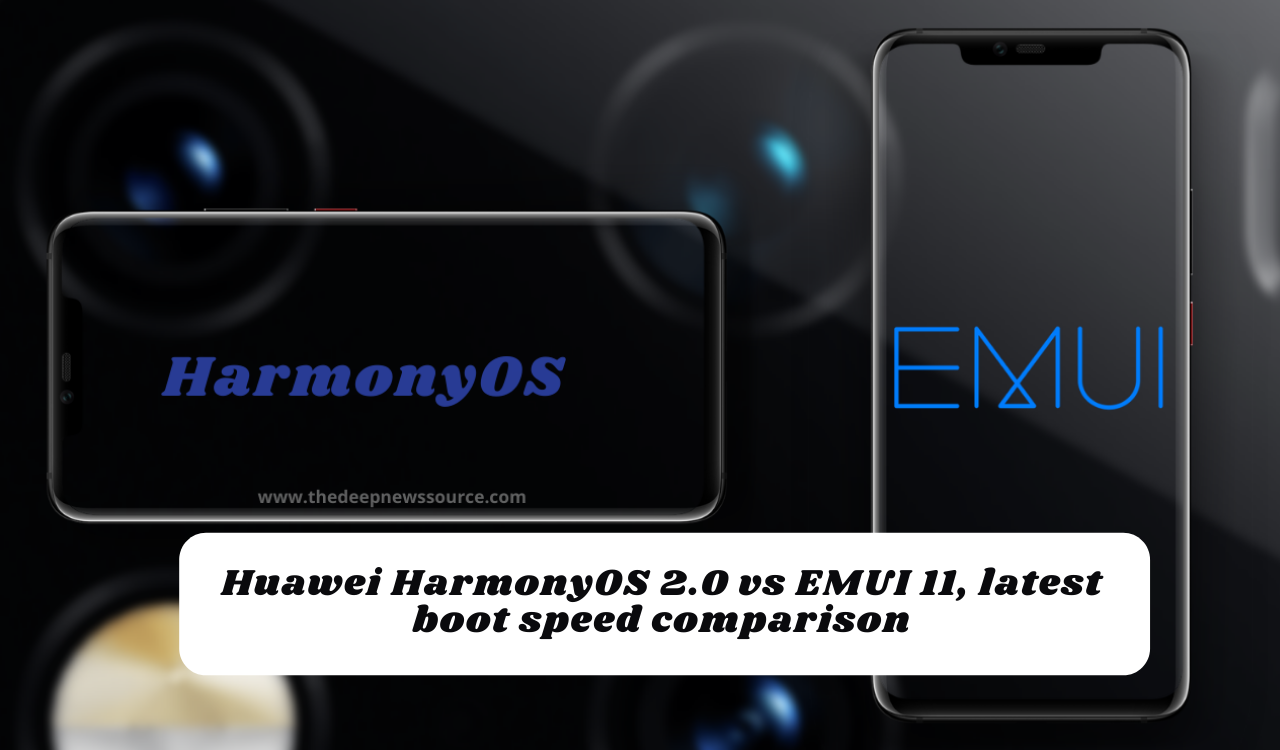 Huawei’s consumers have been keeping their eyes on this version and all of them wanted the HarmonyOS 2.0 on their smart devices. The company has also not disappointed its consumers at all and the list of the first and second batch devices also been released.

The countdown to the launch of the stable version of HarmonyOS 2.0 has started and it is fully ready for widespread arrived on June 02, 2021. The Chinese tech giant Huawei has been working hard in this operating system last several months. Also, the company has spent more than $500 million to fully install the HarmonyOS 2.0.

Moreover, at the present period, Huawei is testing the second phase of HarmonyOS with the top Huawei devices including Mate X2, Mate 40 series, Nova 7 Pro and more. Furthermore, the company has also added some mid-range devices in the second phase which was launched in the past year.

In the past time, we have published lots of comparison videos between HarmonyOS 2.0, EMUI 11, MIUI 12.5, Android and iOS 14. In this comparison video, we have seen apps speed testing, apps open speed, gaming speed, screen animation and more things. After testing each video, it is revealed that HarmonyOS is better than all its competitors.

Now, you can check one more video which shows the smartphones booting animation screen load time between the HarmonyOS 2.0 and EMUI 11. As everyone knew that the booting speed of HarmonyOS 2.0 would be very fast compared with EMUI 11 and the same result came out.

This demonstration has also revealed that the Chinese tech giant Huawei is done a great job with its new operating system HarmonyOS 2.0 and the OS is ready to blast the market as well as the company is tried to beat the world’s largest operating system Android.

Watch the booting speed comparison through the video: