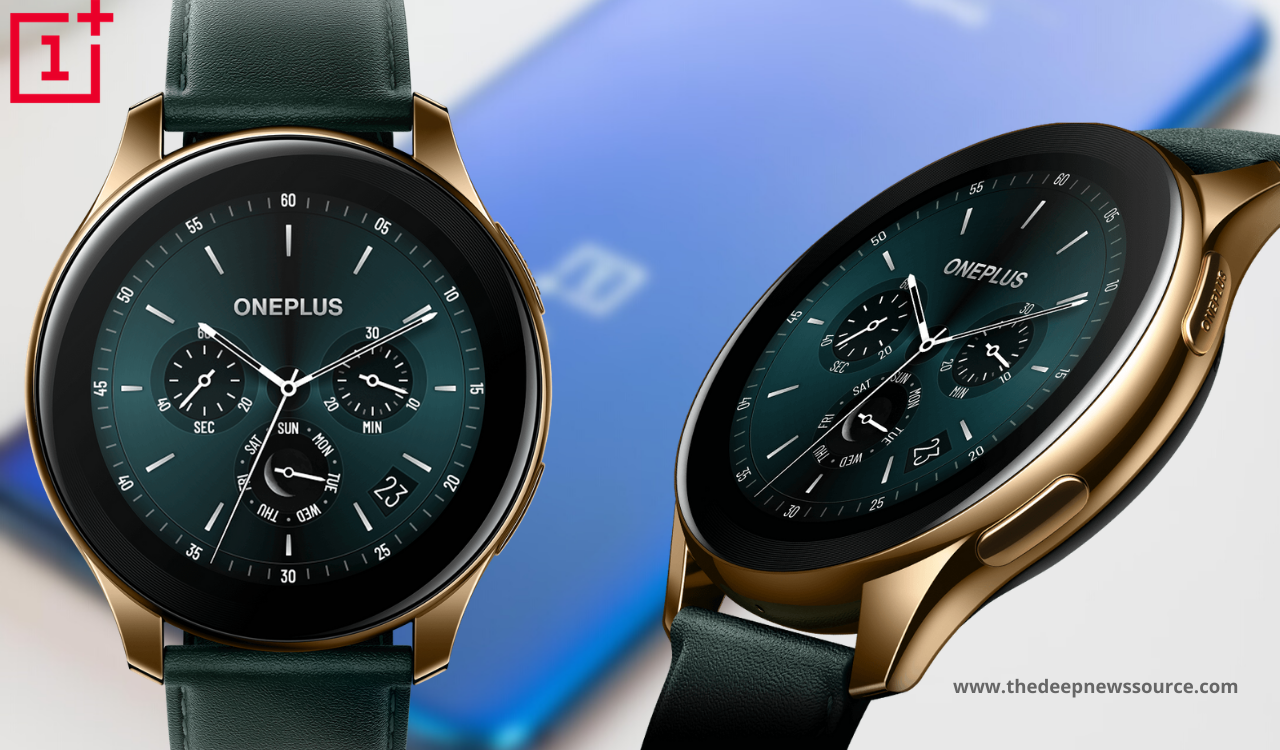 OnePlus has launched its first smartwatch with the name of the OnePlus Watch on March 23, 2021, along with the OnePlus 9 series. The smartwatch comes out with lots of great features and 110 workout modes for fitness enthusiasts.

But the OnePlus Watch reviews not so very well due to the issues and missing some features. Moreover, the company has informed after its launch, the OTA update will provide some great features including Always-On-Display (AOD) feature.

Now, the company has started rolling out the first firmware update for the OnePlus Watch users with some improvements, optimization and fixes as well. Now down you can check the more details.

As per the first firmware arrives in the OnePlus Watch with version number B.40 and now the wearable users can update this version as soon as possible for a smoother experience.

Currently, the OnePlus smartwatch users have not received features like AOD, 12-hour time format and more but the update has improved your OnePlus Watch.

After the update the OnePlus Watch, these features have improved like GPS performance, activity tracking, raise-to-wake function and smartwatch has more stable. Also, optimized the heart rate monitoring and fixes some known issue bugs. This shows that after the update it, will show a lot of improvements. 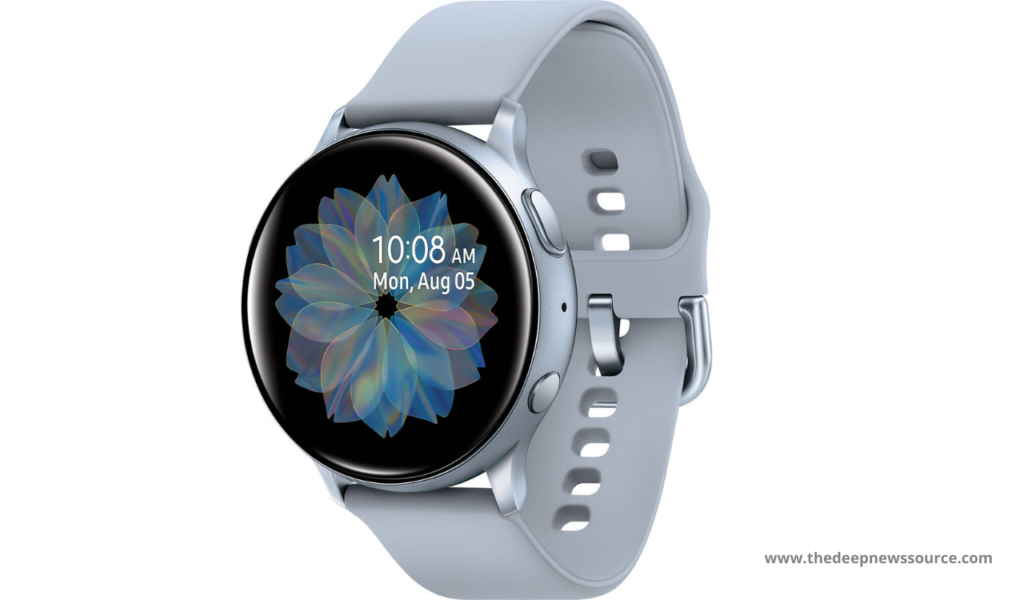 Note: Currently this update available in the US and Canada while it will soon come in other regions where the OnePlus Watch launched.

MORE ABOUT THE ONEPLUS WATCH:

As per the OnePlus Watch design, the smartwatch comes with a very attractive arc on the watch case’s side and the company has officially confirmed that every case is hand polished. The company has chosen a round dial design for its first smartwatch and it sports a 46mm size and sports a 2.5D curved glass AMOLED display. The OnePlus Watch launch with a unibody design with the Stainless Steel variant offering a glossy CD pattern on the display bezel.

In terms of connectivity, the company has to try to catch a seamless connection on its first smartwatch such as hands-free calls, app notifications, adjusting phone settings, access the photo gallery and controlling the camera shutter.

The OnePlus Watch has 4GB of standalone storage which can store a lot of data inside itself. Also, the company has made this smartwatch in such a way that it can control the OnePlus TV as well like controlling the volume, navigating content, and automatically turning it off.

On the other hand, the company has added blood oxygen saturation (SpO2) monitoring, stress detection, rapid heart rate alert, and more. Also, the OnePlus has said the users have the track all health information with the OnePlus Health app. 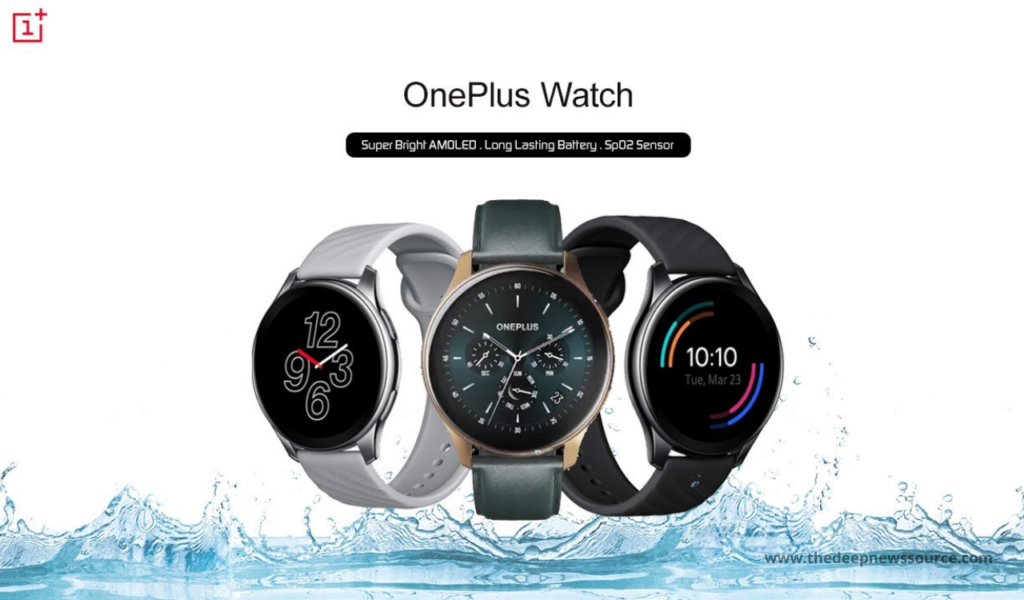 These features will soon come into the OnePlus Watch: 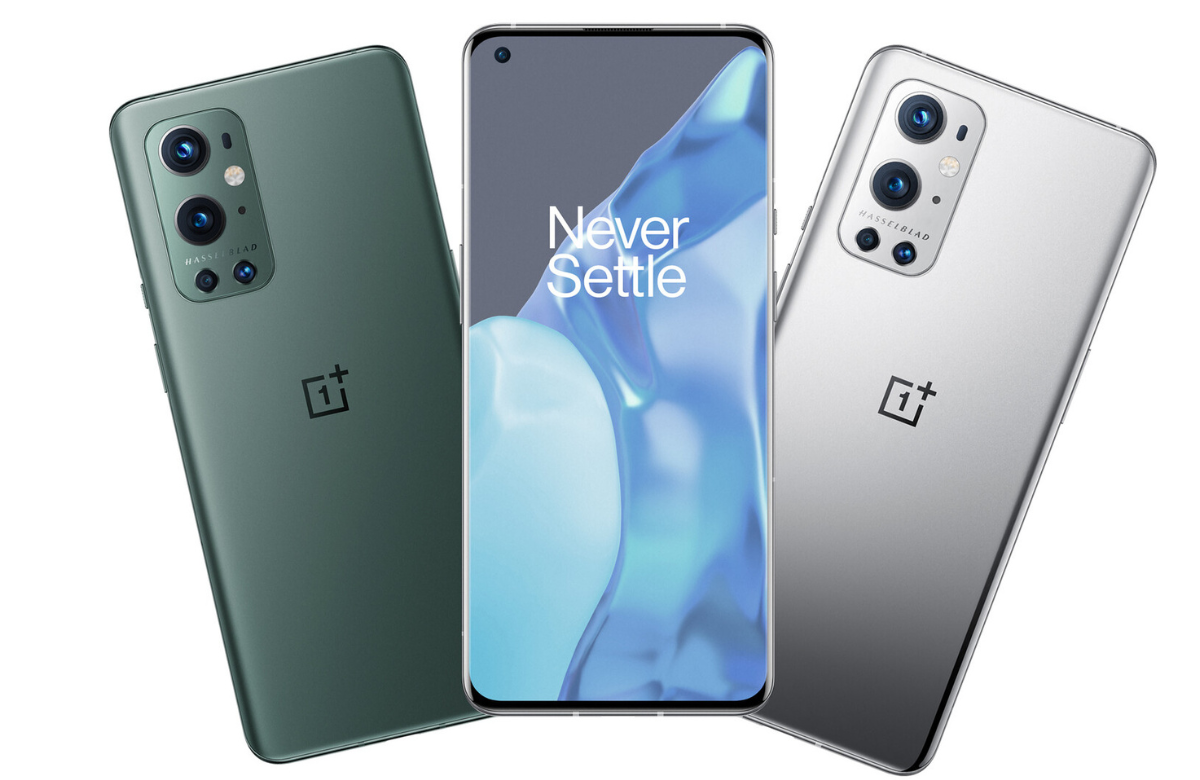 OnePlus has begun rolling out the new OxygenOS 13 update for the OnePlus 9 and 9 Pro smartphone, which includes the October 2022 security patch. Following the OxygenOS 13 beta preview, owners of both models can now install the new features brought by Android 13 or OxygenOS 13.

The latest update, which is now available for OnePlus 9 and 9 Pro smartphone users, is available for both participants who are running on stable versions and those who are still in the beta phase. Now, the new update adds some important improvements to your device, providing a smooth experience.

First and foremost, the update is available for both models in all regions, though the company has made no official statements regarding the rollout progress. However, the person has shared a screenshot of the new changes available in the OxygenOS 13 beta 2 update.

According to the changelog, the October 2022 security will protect your device and bring new device stability to improve your performance. The second notable change is the resolution of a scrolling issue discovered in the notification drawer. The third is that the fixes are photo sync in the HeyTab cloud. The update also improves some applications.

If you are owners of the OnePlus 9 and 9 Pro and have not yet received an update notification, you can install the latest firmware using the download link provided by XDA developers. 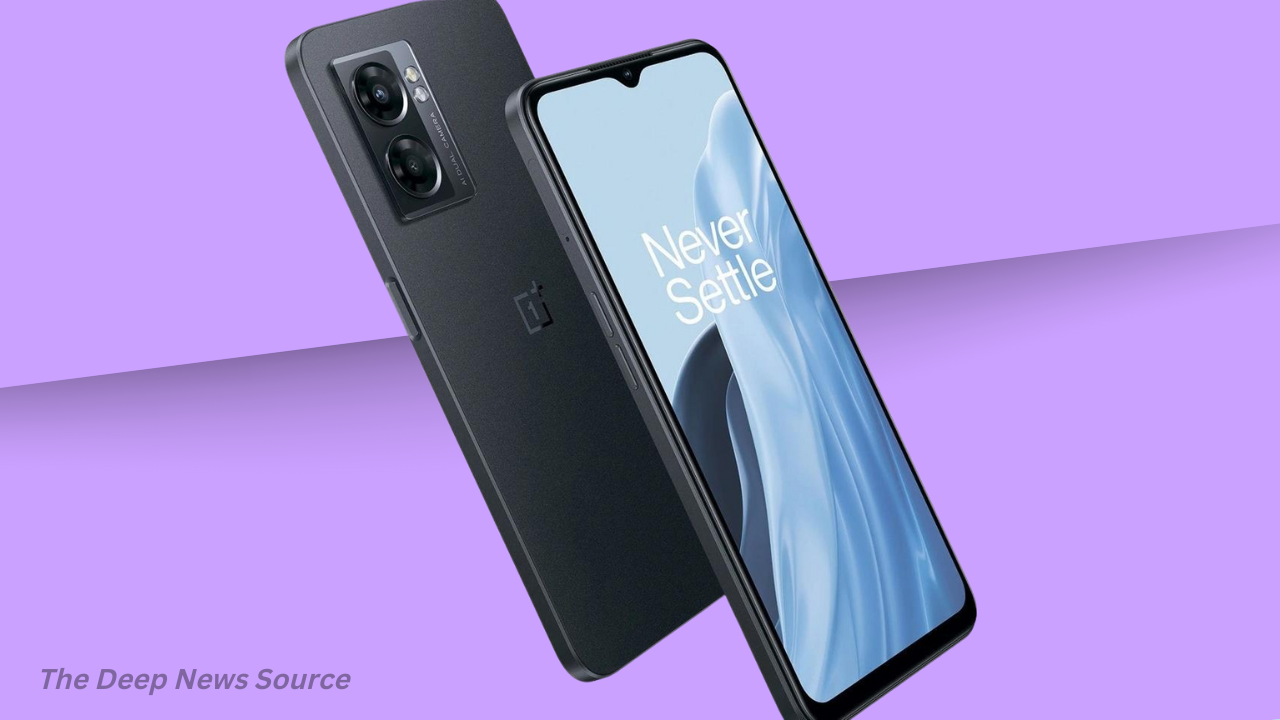 Recently, OnePlus revealed some details about its upcoming Nord N300, which supports 33W wired charging. OnePlus spokesman Spencer Blank said that the device will hit the North American market next month when it will arrive as a successor to the OnePlus N200.

As for its pricing, from the N200’s suggested retail price of $239, the N300 shouldn’t be too expensive either.

Sure, you might think 33W fast charging is nothing, but it’s actually faster than most current flagship phones on the North American market: Apple’s iPhone 14 Pro, Samsung Galaxy S22, and Pixel 7 Pro all Charge less than 33W. Of course, the OnePlus flagship can reach 125W, but the N300 is only a mid-range model.

The OnePlus N300 5G smartphone has previously passed the FCC certification, which is slightly later than the OnePlus N200 5G that was released in June last year. 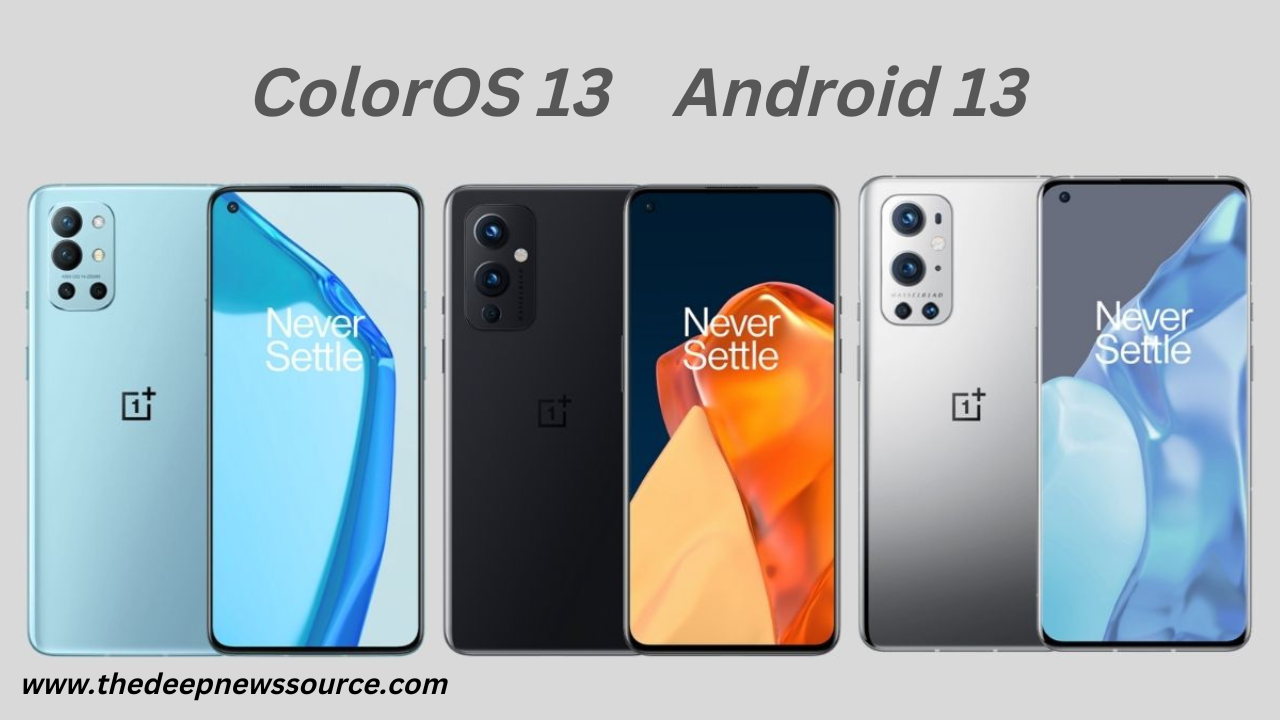 The series of updates of OnePlus is going on continuously. Recently, OnePlus has released Android 13 (ColorOS 13) open beta updates for the OnePlus 9, OnePlus 9 Pro, OnePlus 9RT, and OnePlus 9R users in the Chinese market. But still, global users of OnePlus will have to wait a little longer for oxygenOS 13.

OnePlus users will be happy with the arrival of the new update in the market, but it will be sad that why the update is limited to China only. We expect the company to soon release the Android 13 (ColorOS 13) open beta update for OnePlus 9, OnePlus 9 Pro, OnePlus 9RT, and OnePlus 9R users in the international market.

This update is going to be great for the users of OnePlus 9 series. The Android 13-based ColorOS 13 open beta version brings a huge changelog along with several optimizations and a slew of new features for a better user experience.

In addition, the update optimizes the UI level, dynamic effects, layout interface, card design, system illustration, and card design so that complex features can be recognized in an efficient manner for users.