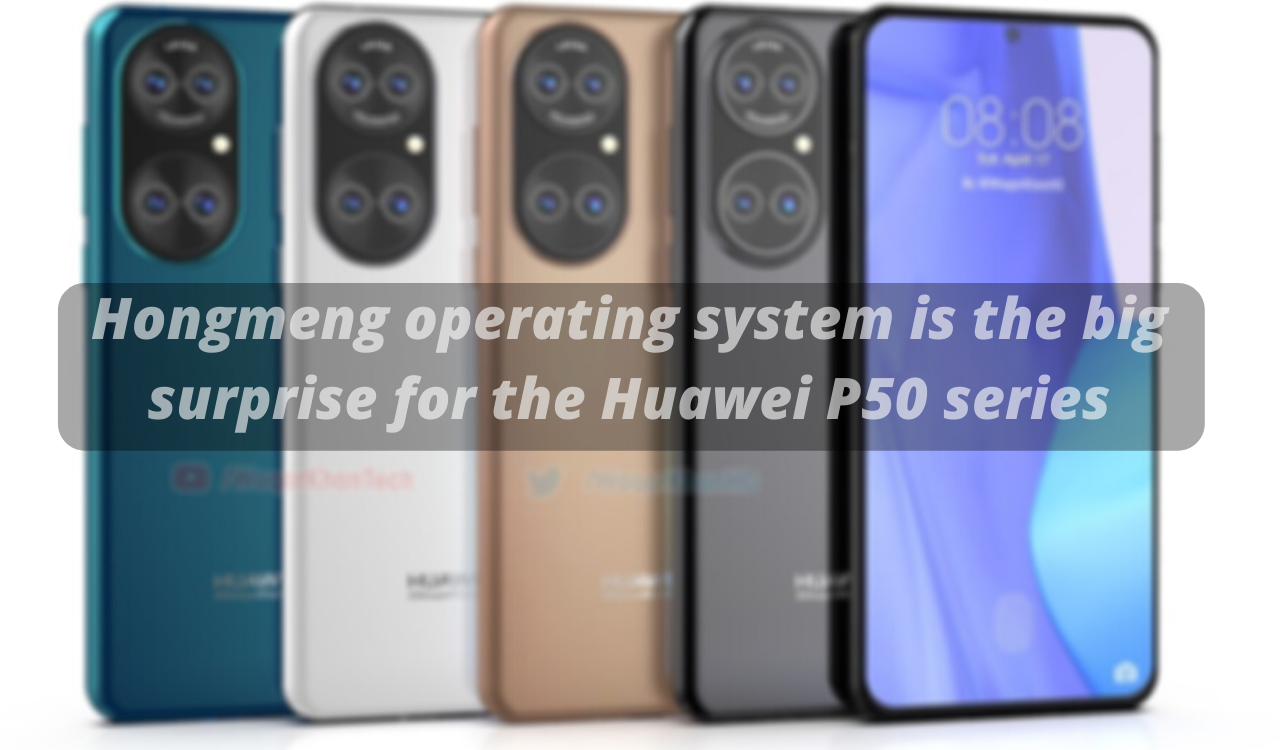 Before the launch, so many news and reports are out related to this Huawei P50 series while the render images and videos are also famous on the internet. Apart from all these one, the big surprise of this series is the operating system. Recently the news has appeared on the market the Huawei P50 series following the same line-up to the older Huawei’s devices and running on the EMUI 11.

Although, Huawei has announced the release status of the HarmonyOS 2.0 for the eligible devices and the company has said that the first batch has included the Mate X2 and Huawei P50 series while the P50 series launch will delay so the list has been changed.

Now, it is totally cleared that the P50 series will be launched with the Hongmeng (HarmonyOS) system and compared to the previous version, the EMUI was based on Android, and now it is changed from UI (interface design) to OS (operating system), which is a major innovation for Huawei.

More importantly, the HarmonyOS system can be used not only in mobile phones, but also in smartwatches, TVs, smart cars, and many other scenarios to realize Huawei’s 1+8+N smart ecological plan.

At the beginning of this year, Yu Chengdong said that HarmonyOS will cover 200 million mobile phones and 100 million other devices this year. Models equipped with Kirin 810 and subsequent chips can be upgraded to HarmonyOS.

Recently, Huawei’s upcoming tablet has appeared on the TEENA with model number and name- WGR-AN19, Huawei MatePad Pro 2. As usual, both flagships by Huawei will be pre-installed with HarmonyOS and it is the first to cover mobile phone + tablet application scenarios. Now you can take a look at the features of HarmonyOS.

3. Added the feature of integrated and distributed circulation, which can transfer the content on mobile phones and tablets to large screens, watches and other devices through distributed capabilities.

7. Added support for connection management of watch, tablet and other device types based on the proxy Internet access of other devices. 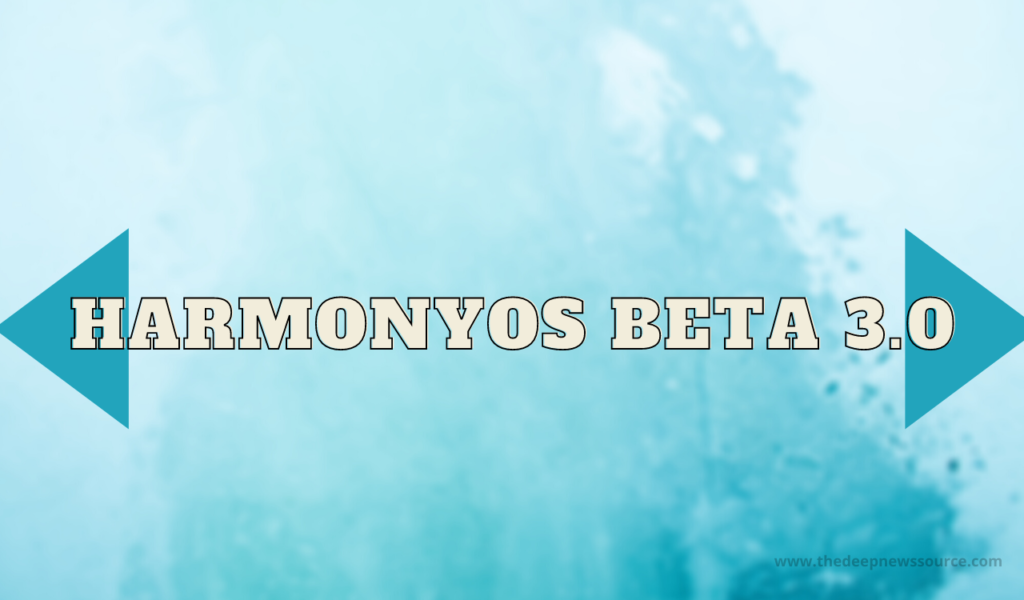 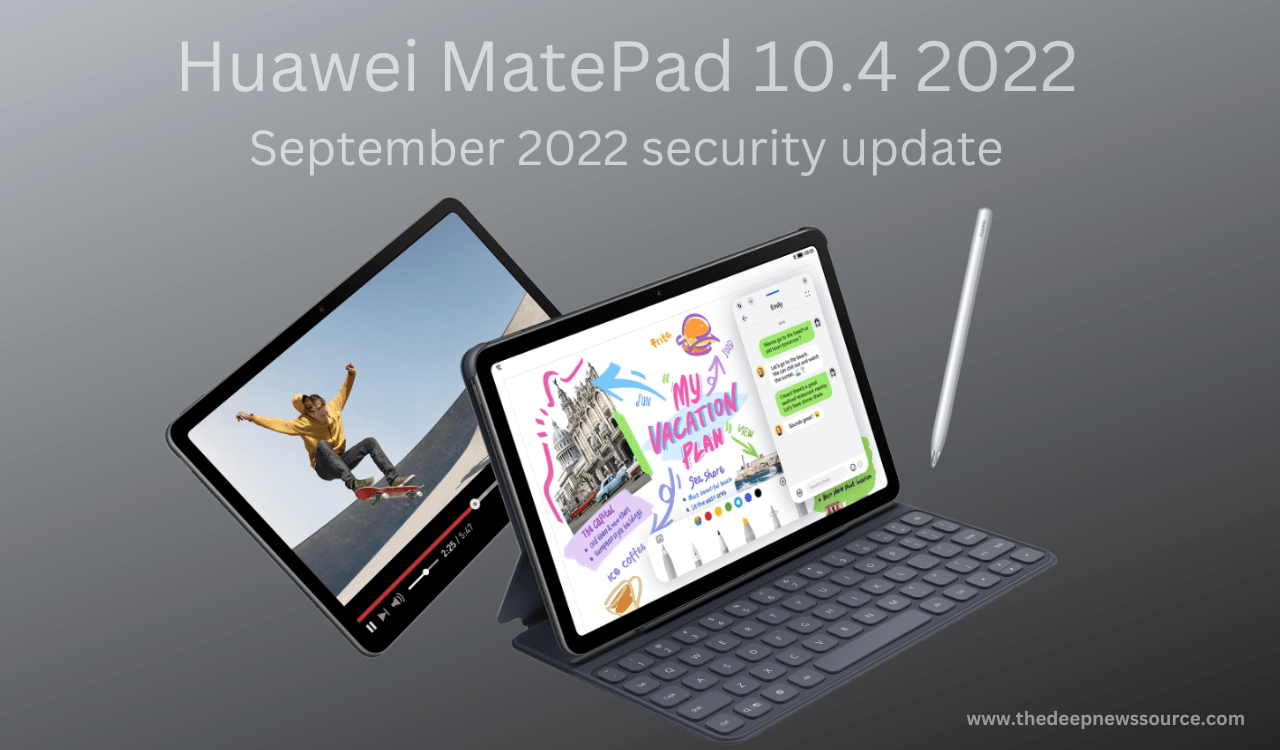 The Huawei MatePad 10.4 2022 variant is pre-loaded with the HarmonyOS 2.0 operating system and the latest firmware is based on the same system. Users of the tablet have been allowed to download the new version 2.0.0.166, and it is recommended that you do so as soon as you receive the firmware notification.

In terms of changes, the new HarmonyOS 2.0 includes a security patch for September 2022, which improves device performance and fills the software update space to deliver great app performance. The changelog is available below. 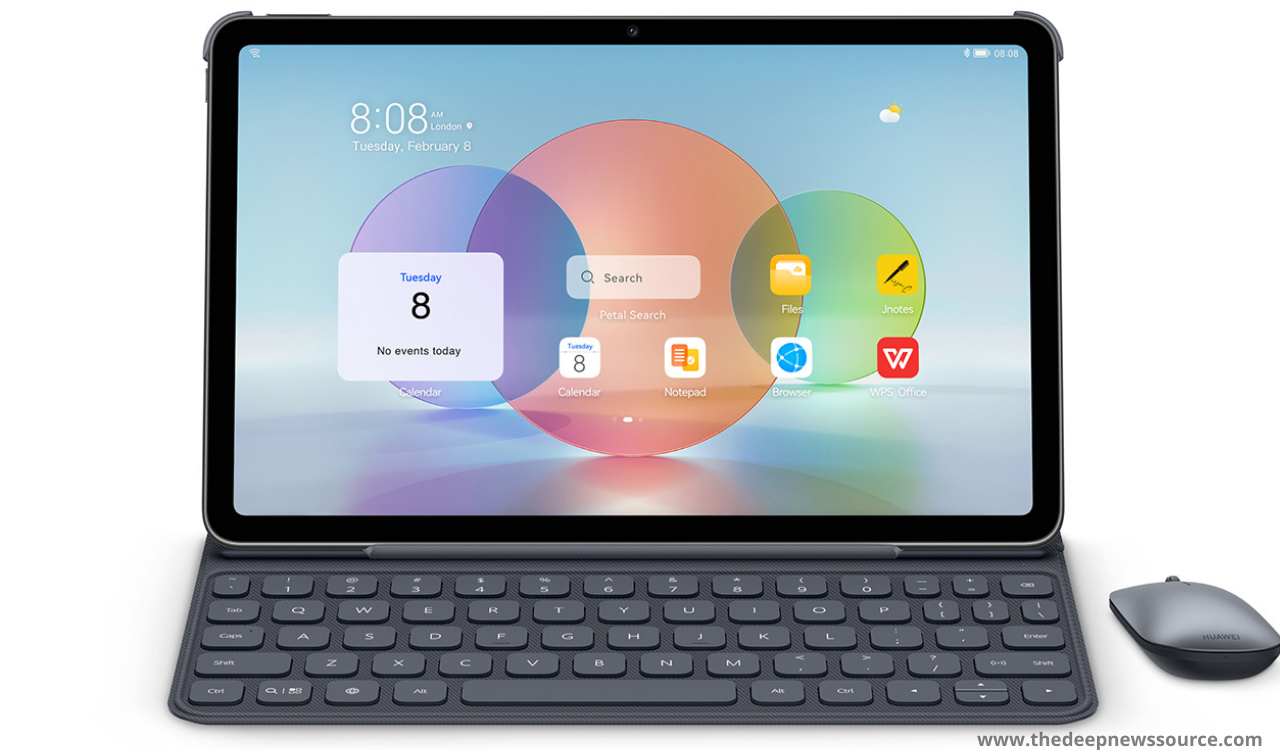 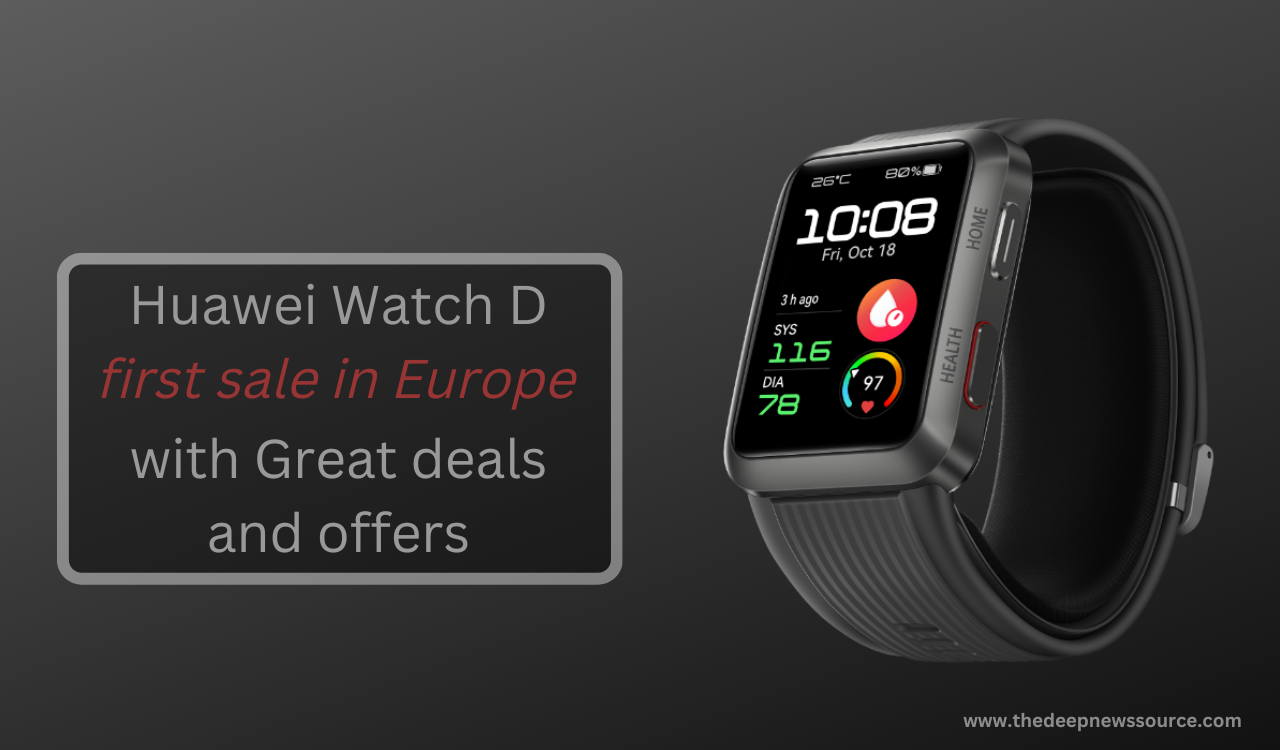 Huawei Watch D, the first medical smartwatch that measures blood pressure, has been released for global users, and the device is now available for purchase in Europe. The Watch D is available for users in Germany for the first time, with superior offers and deals.

The Huawei Watch D is now available on Huawei’s official website in Germany, and it offers a great price as well as a variety of Huawei devices at a very low price when you purchase this smartwatch.

As a result, consumers can now get great deals on a variety of Huawei devices, including the Huawei FreeBuds lineup. In addition, when you purchase this smartwatch, you will receive a slew of free Huawei devices and offers that will be extremely beneficial to you.

The Huawei Watch D is now available for purchase in Europe, with a starting price of €399 (approximately $390 USD), and a monthly EMI starting at €33.25. (roughly 32.51 USD). You can get some free offers with this smartwatch, which you can see below, and the additional device is also listed below.

With the Huawei Watch D, you can get the FreeBuds series at the lowest price:

Huawei Watch D has a 1.64-inch AMOLED display with a 456 x 280-pixel resolution. The smartwatch has a water-resistant aluminum body with dimensions of 51 x 38 x 13.6 mm and a weight of 40.9 grams, as well as IP68 certification and a battery that should last up to 7 days. 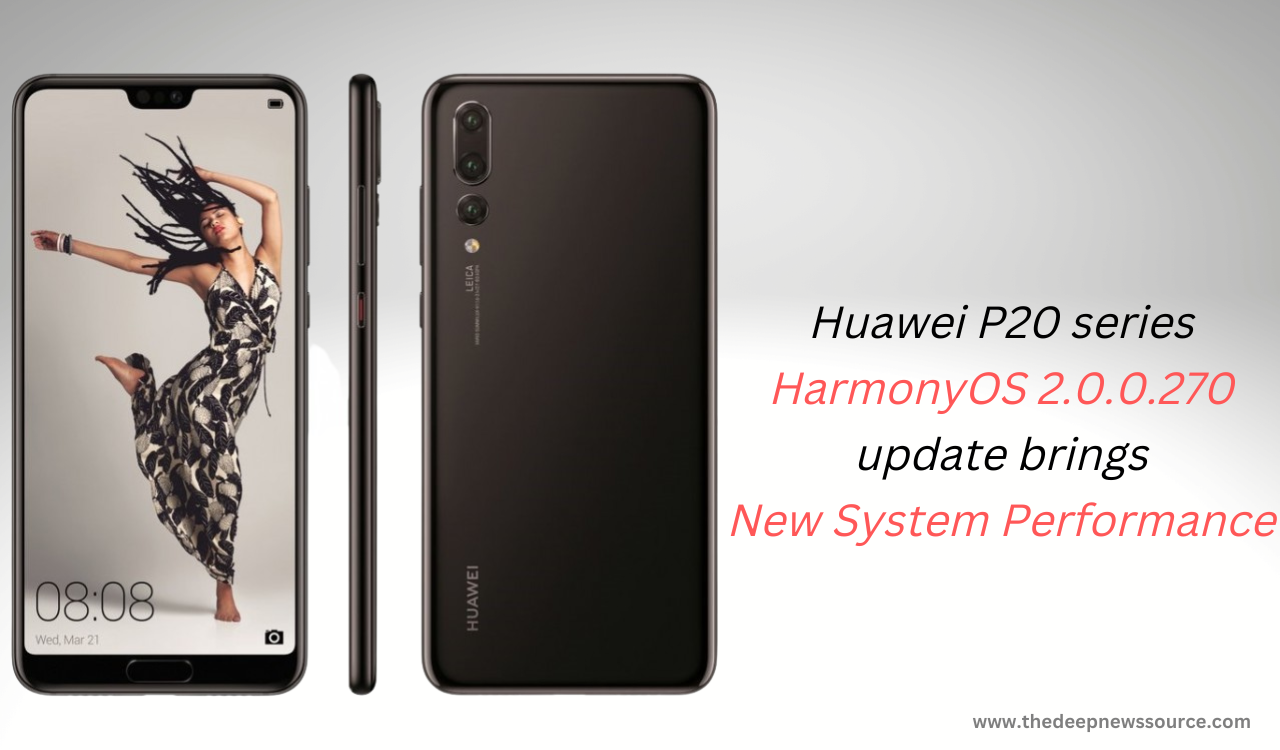 The most recent update for the P20 series is HarmonyOS 2.0.0.270, which is an upgrade over 2.0.0.268. You should also be aware that this update is most important for you because the next update may arrive in the HarmonyOS 3.0 beta form.

This version does not include any new features for users, but the mentioned changelog indicates that overall device performance has been improved. The application and device management system is also good; if you use your device for multiple tasks, you will not experience any crashes. Check out the changelog for more information.